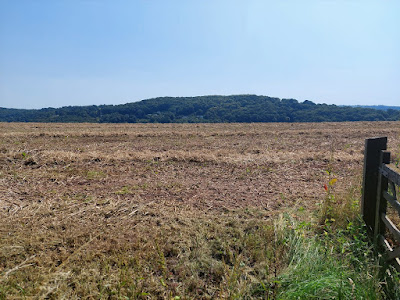 The sheer quantity of new material coming from The Orb stable could be a bit overwhelming; alongside the Royal Familia album and the remixes version, the recent further adventures of The Orb remixes of other artists, the outstanding Sebidus album from Alex Paterson and Andy Falconer, not to mention the Chocolate Hills album from 2019, there's now another new album in the pipeline- Enter The Kettle from OSS. OSS is Orb Sound System (or On Sum Shit), a collaboration between Alex and Fil, friends from both being Killing Joke roadies way back and with Orb history dating back through various albums and gigs. The first taster for Enter The Kettle is Whippersnapper, a track that sounds like it started out in the same space as the Sebidus album, space travel and widescreen ambience, but on OSS Fil brings a tougher edge to the sound, a metallic, industrial ambient groove.

The album isn't out until November and it seems a bit depressing to be looking and pre- ordering an album that far ahead, when summer will be long gone and winter in front of us, but I'm guessing that this is in large part due to the problems in getting vinyl pressed by the limited number of pressing plants available and the major labels block booking plants for their own releases.

The quantity of releases Alex has been putting out across the Orb board, to go back to the start of this post, would be too much of the quality wasn't high but the entire Orb operation is at the top of its game at the moment and OSS looks like being another genuine contender.

I like it. Only because last week's goth-related posts and comments on various blogs had got me listening to them again, but this track kind of reminded of Xymox in the early 1990s, when they dropped the 'Clan Of' and went more techno/industrial.