I Am Running Out Of Time 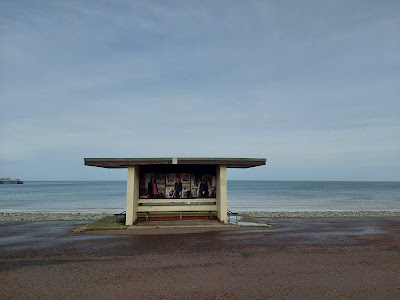 Danish producer Trentemoller has been moving towards a new album for some time, drip feeding singles/ tracks over the last year. The album, Memoria, is out soon and this song has been released ahead of it- No More Kissing In The Rain, a gorgeously melancholic, sweeping piece of 21st century shoegaze with singer Lizbet Fritze sighing, 'My dear, I am running out of time'.

It puts me in mind of Kid Wave, a Swedish fourpiece, who caused a minor solar flare of interest back in 2015 in certain corners of the internet with some slow burning indie- pop/ shoegaze- a similar sound and feel, that windswept, rain sodden walk through town at night with your headphones on. These two songs were on their only album, Wonderlust, which came out on Heavenly. After its release singer Lea Emmery moved to Los Angeles and the first line up of the group split up at that point. She re- appeared the following year with a new version of the band, recruited in LA, and although they toured in 2017 nothing's happened since.

I'm Trying To Break Your Heart

No More Kissing In The Rain is so much more than I expected it to be! Just gorgeous!

I have really enjoyed the steady drip feed of new Trentemoller songs over the past year. I missed Kid Wave first time around, so thanks for the heads up, Adam.