Life's What You Make It 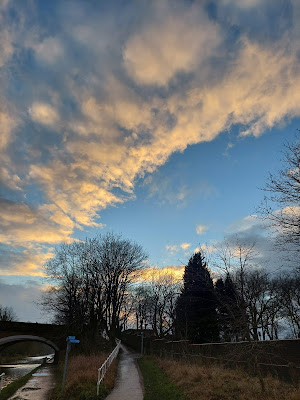 This is one of those songs that is always there for me, a pleasure to hear whenever it comes up and a song I'd put in a lifetime top 50 if I had to ever compile such a list- most recently it came up with this clip on Dutch TV from 1985, Talk Talk on TopPop, playing/ miming Life's What You Make It.

The guitar is a little over the top for our 21st century ears perhaps but the proto- Balearic drums and piano and Mark Hollis' passionate vocal are perfect in every way. This is from the 12", an extended version released in January 1986.

Life's What You Make It (Extended)

There's nothing I can say about the song that can add to it, you just have to listen to it. The words can mean as much or as little as you want them to in a way- 'Baby life's what you make it/ Celebrate it/ Anticipate it/ Yesterday's faded/ Nothing can change it/  Life's what you make it'.

In 2009 Rowland S. Howard, guitarist in The Birthday Party and The Boy's Next Door (his and Nick Cave's first band), recorded a solo album called Pop Crimes. Rowland was unwell at the time, Hepatitis C having brought on liver cancer and he died at the end of December 2009. His cover of Life's What You Make It is heard very differently under those circumstances.

Life's What You Make It

It's a perfect song.

This came at just the right time in my life: I'd not long turned 15, I met a beautiful girl who I was head over heels with and we both really connected over Talk Talk, starting with this single. I'd heard and liked Talk Talk before, but The Colour Of Spring means so much to me for the memories of a very happy time. The relationship burned briefly but brightly and we're still friends, 30-odd years on.

The song as of itself is amazing, but then you also had one of the best B-sides ever (It's Getting Late In The Evening), an astonishing album and then incredible butterfly/moth themed sleeve art by James Marsh tying all the releases together. I didn't see the video until many years later, but it's just the icing on the cake.

The pedant in me has to mention that the 12" you posted isn't by Dennis Weinreich, which is a good but (unusually for Talk Talk) fairly straightforward extended mix. This version is the far superior Dance Mix by Tim Friese-Greene, which sounds much more an organic extension than a cut, paste and edit job.

There seem to be loads of covers of this song out there - Placebo, The Divine Comedy, Weezer, and so on - but you've picked the only essential one. Like and unlike Mark Hollis, Rowland S. Howard was a singular talent and the song acquires a very different emotional heft in his interpretation.

Thanks for your pedantry, these things are important.

I do love that session version that the Divine Comedy did with the violin.

Yes, this is just one of "those" songs. I can't believe I simply didn't appreciate it at the time of its release, but only realised just how strong, emotive and enduring it was some years later. Now, I agree - one for the lifetime top 50 (what a task that would be!)

It's an astonishing song, always has been for me. It has always represented the change in approach that Talk Talk and especially Mark Hollis took, at this point in the band's career. Suddenly their sound seemed more organic but also more thoughtful and thought out. This would go on into the extreme by the time Hollis decided they were done, but there is something very intent driven about Life's What You Make It.