Love Is All That's Left In the End 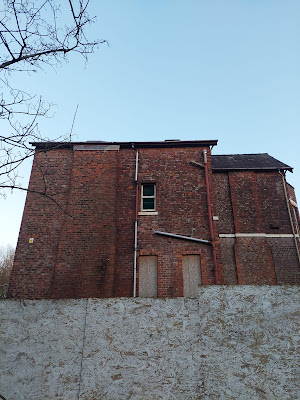 Last week Lauren Laverne did a theme for her 6 Mix show called Desert Island Disco All Dayer, inviting various people to submit a mix of songs they'd like played endlessly on their fantasy desert island. David Holmes contributed a half hour of uplifting and emotional songs perfectly sequenced to lift the spirits. He starts out with Suicide's Dream Baby Dream, 9 by Sault, a seemingly unreleased Skylab track sampling that Joe Strummer interview where he says 'people can change anything they want to... and that means everything in the world', Chris Carter's remix of Daniel Avery's Lone Swordsman, Francesco Lupica's Heal Thyself, a scorching David Holmes and Keith Tenniswood song called I Am Somebody (also unreleased) with Andrew Weatherall's sampled voice, a French cover version of Stayin' Alive by Freedom Fry, an as yet unreleased song from David's Unloved band called Turn Of The Screw ('screw you' the chorus spits) and finishes with a short section of Poly High School Choir doing John Barry's Midnight Cowboy. It's wall- to- wall brilliance, drawing from the past to produce a dancing, life affirming, vibrant, day glo, slightly tripped out present. I just hope all the unreleased ones are going to appear soon.

If you're in the UK you can find it at the BBC website, split over two parts. The first is here and the second here (the first five minutes run into Alison Goldfrapp's own Desert Island Disco All Dayer mix, also worth staying on for). You'll have to click through the news at the start to get to the music. If you're outside the UK (or inside and want to have the shows to keep) you can get part one here and part two here.

Or you could download the one below- I edited the two files above into one thirty minute piece, chopping off the news at the start and the Alison Goldfrapp mix at the other end. Trying to get the two files to overlap exactly took some doing and I haven't quite managed it- the section of the David Holmes and Keith Tenniswood track with Andrew Weatherall's voice in it is a millisecond out but the very slight delay effect it creates on the vocal sample is quite pleasant so I've left it as it is. You could think of it as an exclusive Bagging Area remix of the track.

And here is Poly High School's choral version of Midnight Cowboy in full- rather beautiful, probably wasted on a Wednesday morning in late January, but as the choir fade out singing 'love is all that's left in the end' you might just feel like the winter and January can't last forever.

Thanks for taking the time to edit the Holmes mix, much appreciated. Can never go wrong with David Holmes.

He's so on it at the moment, no idea how he got so much into a 30 minute mix.