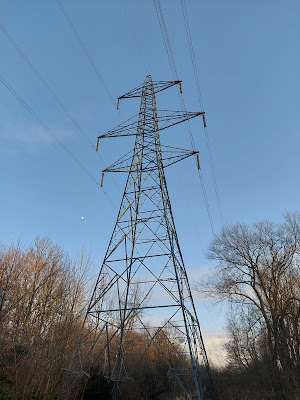 I've done a week back at work- not sure how when I look back at it but it's done and it wasn't as bad as I thought it might be. My grief anxiety has kicked in a few times and driving in on Tuesday wasn't great when I realised it was six weeks to the day since Isaac died. That sort of significance of dates/ passing of time thing really gets to me, and in my head and gut puts me straight back into the room where we were when he died. It passes but it's not very nice at all and when I got to work I clearly didn't look great because a colleague brought me a cup of tea and a biscuit almost straight away. People are good.

This came out two days ago, a throbbing, chugging psychedelic house monster aimed at bringing the summertime to January. Slowed dance music. Iz Um is by 10:40 (Jesse Fahnestock), an American in Sweden whose music lit up last year. Buy it/ get it for free here.

Another track by Jesse which I didn't get around to posting last year when it came out because it got lost in everything that was going on in late November and December was one in his Jezebell guise called Thrill Me (I've just looked at the release date and it came out on Isaac's birthday which has thrown me slightly). Thrill Me is electric, acid psyche, sounding like nights in sweaty basements and dark backrooms with a vocal sample likely to trigger flashbacks. Buy at a name your own price arrangement here.

Going back to work in January is always pretty grim but for you I'm guessing it must have felt unbearable. However, it's great when people show small acts of kindness isn't it? Simple litle things that restore your faith in humanity.

Thank you Adam, you're a gentleman and a scholar. May each week be easier than the last, for as long as that's needed.