I Would Prefer To Be Anywhere Away From Here 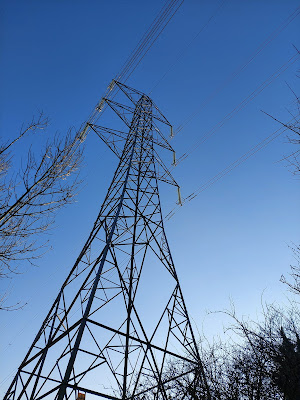 James were an interesting group back in the mid- to- late 80s, when they were an eccentric indie- folk- pop group before becoming the arena filling band they became in the 90s. After leaving Factory (for whom they made some genuine Factory classics in 1985, the James II single and the Village Fire EP both featuring Hymn For A Village) they signed to Sire and in 1986 released Stutter, recorded on a small budget with Lenny Kaye in the producer's chair. Two years later they released Strip- Mine. Sire were looking for a hit single and became frustrated with the band. The album was pushed back by the label several times and went from a scheduled March 1987 release to September 1988. It's an album I remember buying in HMV in Liverpool, flushed with my newly arrived student grant. That didn't last long. The hoped for single which wasn't a hit was What For. It reached the dizzy heights of number 90 in the UK chart.

It's a shame because What For is a cracking song but I can't really imagine in what world, especially 1988, anyone thought this was going to be top twenty material. It bounces in on jangly guitars and clipped rhythms, Tim Booth singing about the contrast between Manchester's traffic polluted air and the birds singing on a beautiful sunny day, his voice all clear enunciation and naive. The breakdown and chanted 'I would prefer to be anywhere away from here' part is a treat and then Larry Gott's highlife guitar outro speeds the song's way to its end, while Tim whistles the melody line.

This version recorded live for Granada TV's Other Side Of Midnight is brilliant, spindly and frenetic,  almost on the verge of falling apart. At the end Tim starts to lose his jacket, whirling around, eventually falling over at the end.

James left Sire after finding a loophole in their contract and went on to self finance One Man Clapping, a live album which closed with the song Stutter, a song dating from 1982 and which they could never get a studio take they were happy with- the One Man Clapping version has all the energy and spark needed.

"When the world swallows whole all you know, there are no landmarks you can recognise!" What a lyric from the (almost) title track.

There was a tremendous version of Stutter on one of the re-released 12"s of Come Home, I think it was live on Picadilly FM. Tim's yodel is quite amazing.

Spot on as per Adam. Early James were a force to reckon with. I used to work with Gavan the original drummer and he had some tales to tell. Especially about when they supported The Smiths on the Meat is Murder tour.

I don't remember ever seeing that brilliant live clip before. Thanks for sharing it.