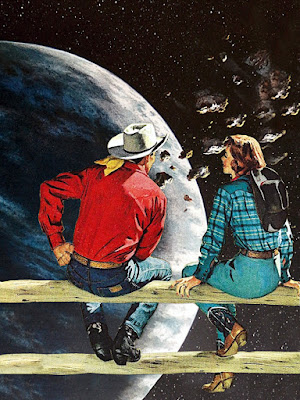 Ride's second life has taken a lot of us by surprise. I wasn't a huge fan first time around, a few songs notwithstanding, but age, time and experience have given them something either they didn't have then or that I didn't notice. They also prove that re-unions need not solely be for nostalgia or money, making an album (Weather Diaries in 2017) that had several very good songs on it and then followed it with an excellent e.p. (Tomorrow's Shore in 2018).

This new song was released onto the internet last week, ahead of an album in August. Future Love is Rickenbacker led indie disco gold, the guitars and harmonies improving on each subsequent play, with Erol Alkan back at the controls and on production. A good way to start May.

It's a great one indeed and I planed to feature it this week as well, SA

Swede took the word right out of my mouth!
I was singing along with the song before the midpoint of my second listen...
There's a gentility here that wasn't explored on Weather DIaries. I look forward to album in a very big way!