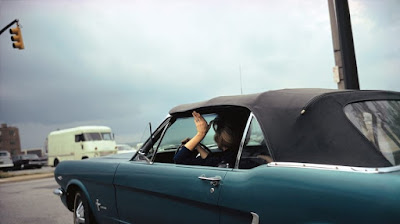 Dot Allison was here yesterday, providing the vocals on a King Of Woolworths song. That song was posted as part of a long discussion at a One Dove forum/Facebook group about the Sabres Of Paradise mixes of their 1992 dub- house masterpiece Transient Truth (with group member and founding member of One Dove Ian Carmichael chipping in). The 12" release came with two remixes, the Old Toys Mix and the Old Toys Dub, both credited to Andrew Weatherall, Gary Burns and Jagz Kooner (collectively Sabres Of Paradise). The first keeps some of Dot's vocal and picks up the pace halfway though, the second more abstract and dubbier. Both are pretty high tempo and fairly full on reworkings.

There was a second vinyl release, a promo 12" in a plain sleeve, collecting four further remixes. I hope I've got all these labelled correctly- all the mixes are here but I apologise in advance if any are wrongly titled or the links are mixed up. Inevitably there's a lot of repetition and parts that appear and re-appear (the synth part, various drum and percussion sounds, Dot's vocals, the bassline)- but they're all worthy of release and it's clear to see why Weatherall wanted the four on the promo out as well as the Old Toys versions. The other four mixes are the Paradise Mix, the Sabres Fuzz Dub, the Squelch Mix and the Death Of A disco Dancer Mix.

The Paradise Mix starts slow, then builds with that Sabres timbale sound, fragments of Dot whispering 'listen', lots of percussion and some melodica as a top line. At ten minutes plus it's the longest of the remixes.

The Fuzz Dub is thumpier and sparser with an intermittent buzzy, fuzz line, giving it its name.

The Squelch mix is pretty far gone, noises flipping between the speakers, a bit of Dot, reverb heavy timbale, a long, slower trip, more melodica- dubbed out dub- house, a dub of a dub.

The final one starts with a kick drum and clatters away with the familiar synth riff fading in and out and the descending bass part to the fore. I don't know why it's called Death Of A Disco Dancer Mix- I can't find any obvious reference to The Smiths song of the same name.

Stick all of them on a cd or a playlist and lose yourself in a slice of 1992. After a while, listening to them one after the other, a zen-like calm kicks in, time and space slip away, transience becomes the natural state. Or something. Even if a One Dove/Sabres inspired transcendence is not achieved, it's a nice way to spend forty-five minutes.

Some of Weatherall's finest work.


(Just thought of it. Back date that comment to a couple of months ago)