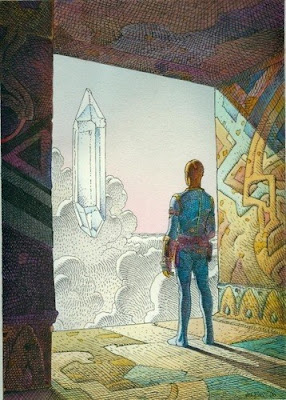 I'm going to see Sonic Boom play next week in his Spectrum guise, which I'm really looking forward to. I recently discovered this album, Indian Giver from 2008, recorded by Sonic (Pete Kember) and legendary producer Jim Dickinson (appearing as Captain Memphis)- a man for whom the word legendary is fully deserved. On Indian Giver they revisited Spacemen 3's cover of Mudhoney's When Tomorrow Hits and it is all you need for this Wednesday morning, two chord, Stooges-inspired, fuzz rock par excellence, a song going off like a slow explosion.

This is new to me Adam but I like this record a lot. Thx a lot for introducing.