Half An Hour Of A Man Called Adam 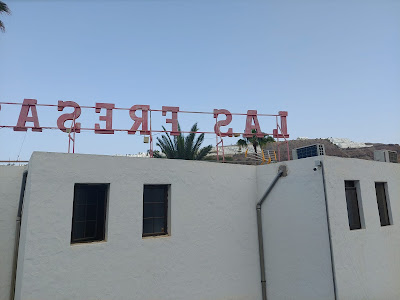 A Man Called Adam have been making wide eyed, chilled out dance music/ electronic pop since their first single in 1988 and their debut album, The Apple, in 1991. They are two of the stars of the documentary A Short Film About Chilling, Steve and Sally interviewed on the beach in Ibiza. Their Barefoot In the Head single is one of the mainstays of the period. They continued to record and release through the 90s and into the 2000s.  In recent years they've both gained doctorates- Sally Rodgers got her PhD for research the impact of recording technology on lyric forms and Steve Jones's PhD was in New Media. They worked with the British Museum, recorded a tribute to the unsung women of electronica and in 2019 released a new album Farmarama.

That's all the biographical stuff. I bought The Apple in autumn 1991 and played it throughout the winter of that year, an album that sounds like the opposite of a British winter- fresh, widescreen, optimistic, technicoloured dance- pop, from the opening song/ title track to the sumptuous Chrono- Psionic Interface to the 60s/ 90s hippy/ Balearica of Bread, Love And Dreams. The seven minutes of Barefoot In The Head with its Rod McKuen and The San Sebastian Strings sample about 'putting a seashell to my ear'. Remixes by Andrew Weatherall followed. After that I bought their releases as and when I could, the Cafe del Mar compilations and second album Duende, songs like Estelle and Easter Song. The mix below is half an hour of summer bottled taking in ambient drones and found sounds, dubby acid house, loved up remixes and Balearic pop.

Half An Hour Of A Man Called Adam

A Man Called Adam have a new single out now, Ammomite (Hold On To That), an infectious modern piece of house music with a tough edge, inspired by the Jurassic coastline of the north east of England. You can buy it here.

I'm not 100% sure but I think it was the Andrew Weatherall remixes that led me to A Man Called Adam. I haven't followed them as closely as you but second album Duende and the Ibiza Chillout mix CD that AMCA did for Ministry magazine in the late 1990s both get a regular spin.

This is an excellent mix, particularly love the segue from C.P.I. to Estelle. The Weatherall mix sounds quite like the Godiva mix but I'm not familiar with this version, was it available on a promo or compilation?

I love the new track, Ammomite, and I'm looking forward to the new album.

I'm investigating the Dodivor remix, not sure of its origins or provenance. I'm wondering if it's a mislabelled version if the Godiva remix.

Yep, the Weatherall geek group chat agrees that the 'Dodivor' remix is a misnomer. There are 2 main remixes, Godiva and Spaced Out. At some point someone has mislabelled Godiva as Dodivor.

Thanks, Adam. I've got the promo 12" with the two Weatherall mixes mentioned but there's so much out there that I've still yet to hear or discover that the existence of an additional Weatherall mix of CPI was entirely possible!

Thanks for looking into it and again for the wonderful mix. Particularly helpful to recreate the sun-kissed summer vibe since the weekend and it's been cold, grey skies and constant rain here ever since...!