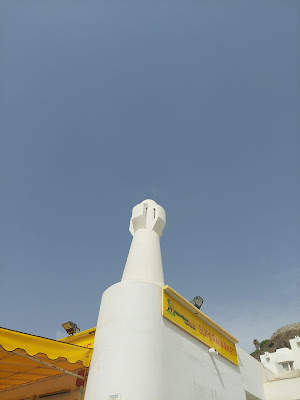 Bob Stanley and Pete Wiggs have a very good sideline outside Saint Etienne, putting together themed compilation albums for Ace Records. Often these mine the rich seams of the 60s and 70s, unearthing forgotten album tracks and B-sides. Their most recent album is Fell From the Sun, a selection of 98BPM tracks from the summer of 1990 where the dance music revolution slowed down and a floaty, chilled out, modern psychedelia came in, records for the sunrise.

Many of the songs on the album (double vinyl, single CD)  have been posted at this blog before- Primal Scream's Higher Than the Sun (produced and remixed by The Orb), Sheer Taft's Cascades, Saint Etienne's B-side Speedwell, One Dove's Fallen, BBG's Snappiness, the Jon and Vangelis/ Martin Luther King inspired Spiritual High by Moodswings, the Apocalypse Now! sampling Never Get Out Of The Boat by The Aloof and The Grid's Floatation. You'd be correct in seeing the hands, or the spirit, of Andrew Weatherall all over this compilation- Loaded was one of the records that kicked it off. There are quite a few I've never posted (one below and also Soul Family Sensation's I Don't Even Know If I Should Call You Baby, which is odd as I love it and was sure I'd written about it at some point). There are lesser known songs from Massonix, Elis Curry, History and Q- Tee and Critical Rhythm. It's a lovely snapshot of a time and a place (Britain in the summer of 1990), perfectly chiming with this period of hot and sunny weather we've been having. The sleeve photos and Bob's notes are spot on too, as you'd expect.

This is one of the songs on Fell From The Sun that I can't believe I've never posted here, Temple Head by Transglobal Underground. All the summer of 1990 elements are present- a unifiying, coming together 'Na na na/ Na na na' chant, that 98 BPM chuggy rhythm, loved up pianos and a 'watch the skies' vocal sample (from the film The Thing From Another World). The group signed to DeConstruction who re- released Temple Head on 12" the following year.

Fell From The Sun goes very well with another compilation covering the same period put together by Jon Savage and released in 2015, a double vinyl album called Perfect Motion- A Secret History Of Second Wave Psychedelia. Savage also saw it as a new (or neo) psychedelia and pulled together his snapshot of the 1988- 1993 period, a time when dance artists, guitar bands and pop groups with new technology and new drugs made music that seemed to promise endless possibility. Jon's compilation also has Saint Etienne (with Q-Tee, on their B-side Filthy) and Primal Scream (Slip Inside This House, itself a cover of freaked out 1960s psychedelia) and fellow guitar travellers Shack, Northside, The High and The Stone Roses (with one of their head-spinning backwards tracks, Full Fathom Five) alongside Deee- Lite, a Pet Shop Boys B-side, Weatherall's remix of Sly And Lovechild and his group Sabres Of Paradise's Clock Factory, rave from 808 State, DHS and Joi and DNA's remix of Electronic's Get The Message. A slightly wider ranging selection than Bob and Pete's but the two compilations sit side by side very well, two halves of the same pill.

Filthy was the B-side to the 1991 re- release of Saint Etienne's first single, their cover of Neil Young's Only Love Can Break Your Heart, a genuine lost classic. Riding in on a, yep, filthy bassline and a swamp rock guitar solo sampled from Afrique, South London rapper Q- Tee delivers a scene stealing vocal, rapping and singing. 'This is not a media hype', she drops huskily before the xylophone solo comes in.

Two diamonds today. I still love Temple Head. I'm sure I had the 7" of it back in the day, but it appears to have been part of the great vinyl cull of 2001 (to avoid having to bring it all to Wales).

My brother had the Deconstruction 12" of Temple Head and I was blown away. I got the Nation re-issue/remix that came out a couple of years later but tried to get hold of everything else by Transglobal Underground that I could find. I only saw them live on stage once, in 1994, and they were absolutely brilliant.

Filthy is one of Saint Etienne's finest. Q-Tee is spot on and fares just as well on the excellent Monkey Mafia remix. I'm also very partial to the French language version (Jungle Pulse) sung by Etienne Daho from their mid-90s collaboration EP.

Both the Stanley/Wiggs and Savage compilations sound brilliant. I can only imagine how great it would be discovering this music for the first time via these collections.

I'd forgotten about the Elsi Curry tune - that was Will Sinnott from Shamen, I think? Must dig it out.

Yes, think so Khayem- Will Sin.