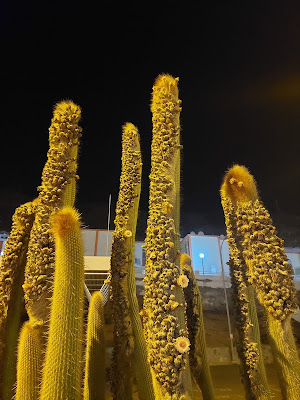 There are hints of Love Will Tear Us Apart in Lesson No. 1, Salford and Macclesfield travelling across the Atlantic to downtown Manhattan. Over eight minutes the guitars and organ build on two note riffs, inspired partly by Steve Reich's minimalism. Eventually there are drums and crescendos and improvised strumming and while it sounds a bit academic on paper, it's a powerful, emotive, intense and liberating piece of music, the marriage of avant garde, minimalism and punk rock getting out of the chapel, into the wedding reception and beyond. It paved a path for much that came after, not least Sonic Youth (amusingly while auditioning guitarists Branca rejected Thurston Moore but later recruited Lee Ranaldo).

Legend- Like so much music from this period, taught me everything thats wrong is right.
-SRC