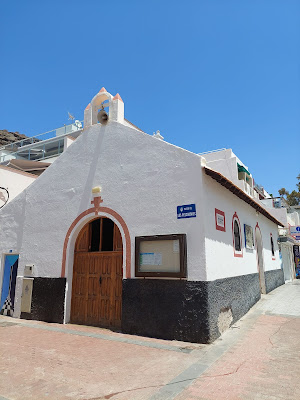 This cutting from the NME in 1990 came up on social media a few days ago, fifteen song recommendations from three DJs- Danny Rampling, Terry Farley and Andrew Weatherall- all played in Ibiza that summer, for readers to check out (well, fourteen actually as one of Mr Weatherall's is in fact a DJ set by Glenn Gunner, played at the Cafe del Mar, Lord Sabre listing the record label as 'fond memory'). 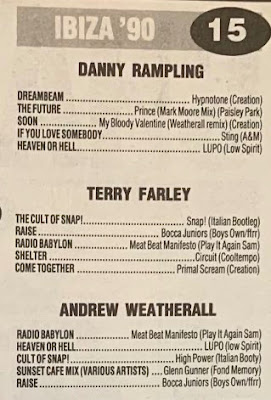 Both Rampling and Weatherall recommend Heaven Or Hell by L.U.P.O. Released in 1990 Heaven Or Hell is a beauty, with a bouncy Italo bassline, Eurodance keyboards and synths and a sassy vocal from Cathy Adams. L.U.P.O. was German producer Lutz Ludwig, resident at Munich's P1 club turned house/ techno/ trance producer.

Both Weatherall and Farley submit Raise by Bocca Juniors, a record they made- a little bit of self- promotion never did anyone any harm did it?

All of which reminds me how far away I was from music in 1990. I wouldn't know any of these tunes, far less have been near any clubs (home or abroad) they would have been played in.