It Takes Two To Make A Thing Go Right 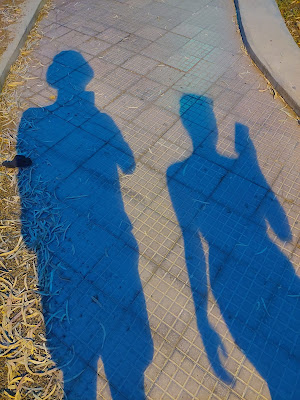 Recently I've stopped reading the news (or listening to or watching it). It's just too grim. We are stuck in the middle of the tabloid silly season during a Conservative Party leadership election where both candidates are competing in a contest that resembles something more akin to Strictly Come Fascism, while the UK slides daily further into failed state territory. It's depressing. Sometimes it's better to just switch it off and allow yourself to be distracted. Here's some party music to do just that.

In 1988 Rob Base and DJ E-Z Rock released a single that is a pinnacle of 80s rap, the sound of two men, a bag of records, two turntables and a microphone creating an utterly infectious piece of party music. It Takes Two samples Galactic Force Band for its intro and the Woo yeah! vocal hook from a 1972 single by Lyn Collins, Think (About It), produced by James Brown.

It Takes Two was so danceable that it was part of the sub- genre known as hip house. There are of course arguments about who invented hip house- both Tyree and The Beatmasters claim they were first. Rob Base and DJ E-Z Rock were among the best but you can't do hip house without the following two records.

I'll House You by The Jungle Brothers, also released in 1988, with Todd Terry at the control desk- crossover pumped up house rhythms, drawled rapping and samples from Royal House, Peech Boys, Malcolm X/ Public Enemy and Liquid Liquid. Inevitably causes mayhem at parties frequented by people of a certain age.

Doug Lazy's Let It Roll came out in early 1989. A rolling rhythm, cowbell, thundering bassline and Doug's vocal- another record that crossed over in the summer of 1989.

Yeah, I liked listening to those more than I expected. And way more than I did 30+ years ago. Time, eh?

Probably not easy to describe where this record sits in the consciousness of an American of my age. It was amazing, something both massively, universally popular -- nobody under 20 that I knew didn't know it inside and out, and everyone would have acknolwedged it even at the time as one of the biggest part songs ever -- and somehow still an underground thing, raw, sloppily made and presented in its video (which only aired on Yo MTV Raps and Club MTV), and completely invisible to people who didn't go to parties. I wonder what other kinds of music has been like that, other than early hip hop?

That's amazing Jesse- I don't think it had the same cultural impact over here, more of a niche interest but definitely one of those hip hop records that got played alongside house/ indie dance etc at certain nights. Thursday nights at the Hacienda for example

TPE sampling the arse off it! https://youtu.be/SDPsbvi9lqQ

This was played in the background during the first series of The Wire, out with D'Angelo and crew. It struck me as anachronistic until I read Homicide by David Simon, which recalls it as the soundtrack of the summer of 88 everywhere anyone went, presumably why it was dropped into the show.

Great analysis of the fucked up state of affairs in GB just now....and given the soundbites PM-in-waiting Truss has been giving about transport, energy companies, trade unions, the NHS etc these past couple of days, it's only going to worse. Utterly depressing.

Fabulous photo. Love the way your family all share a similar sense of humour.