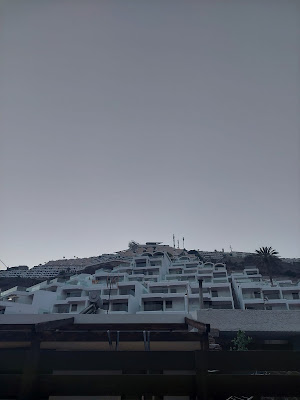 A short hop back to last Sunday's post with a song that really could have featured on the half hour mix of The Charlatans that I put together and posted- Theme From 'The Wish', B-side of  1992 single Weirdo. Rob Collins switched from Hammond organ to electric piano and the band wrote this theme for a film that never happened, produced by Flood. Like a lot of their songs fro the Between 10th And 11th period it has a darkness underneath the dancey, psychedelic swirl. It later turned up on Metling Pot, a compilation of the band's time on Beggars Banquet that brought together the singles plus a few extras.

Theme From 'The Wish'

The photo below was taken by my friend Meany (Ian Lawton) when The Charlatans played the Haigh Building, Liverpool Poly (8 March 1990, not long after debut single Indian Rope came out). He photographed lots of bands in Liverpool around this time and if I remember correctly photographed and interviewed Nirvana in McDonalds in Leeds. I was at The Charlatans gig but didn't know Meany at this point. Everything about the picture screams 1990- Tim's bowl haircut, anorak, flares, Kickers and long sleeved rave print t- shirt. Superb stuff. 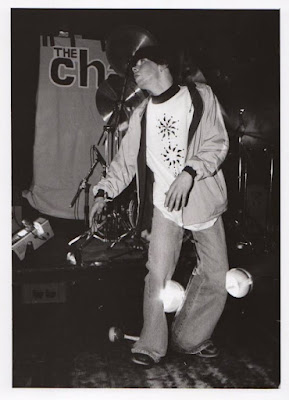 Edit: Meany thinks he may have taken the photo at the Boardwalk in Manchester which makes it 25th January 1990, same tour as the Liverpool Poly gig.
Posted by Swiss Adam at 08:00

There was a great late night ITV series that had a gig from that tour. New Sessions with Bob Dickinson? Used to have it on video. Tim's hair was at it's peak!

Good call Michael, have a very vague memory of that- will have a look for it.