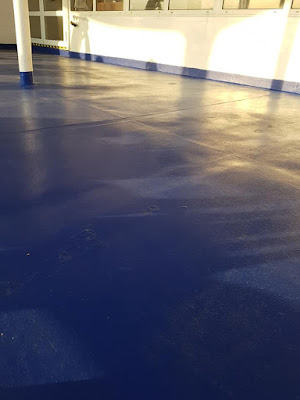 Indian summer yesterday, autumn sweater today. In 1997 Yo La Tengo released I Can Hear The Heart Beating As One, a double album of perfectly formed New York indie rock. Within the four sides of vinyl lies possibly their best song, certainly one of their most affecting.

Autumn Sweater seems to tell the story of a couple who've reached the end of the road and the regret that that entails. Songs about relationship break ups and endings are ten- a penny but Ira Kaplan manages to find a new way to express something about this opening verse

'When I heard the knock at the door
I couldn't catch my breath
Is it too late to call this off?

Songs about relationship break ups and endings a ten a penny but Ira Kaplan manages to find something new to say in the opening verse. There's insecurity in there, not knowing what to do, wanting to turn the clock back and a feeling that escape would be for the best- and the thing that sticks in his mind most is a piece of clothing. The sense of loss comes through again in the middle eight section...

Musically there's just bongos, drums and organ- from the opening drumbeat and shakers to the descending chords and fuzz part, nothing is overcooked. A mini masterpiece. What's more you can hear the leaves turning brown.

Yo La Tengo are a terrific band and 'I Can Hear The Heart Beating As One' is right up there amongst their best work. A particularly great selection today SA.