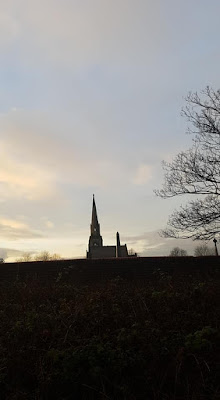 The flipside to sunshine drenched Italian Balearica is austere, minimal dub- techno from German duo Basic Channel. In 1995 Basic Channel (Moritz von Oswald and Mark Ernestus) put out a CD called BCD which compiled the series of 12" singles they'd released during the two previous years, a series of pioneering deep cuts. On the album was this- a six minute glide- by of bass, FX, insistent rhythm and heavy sounds- titled Remake (Basic Reshape).

Remake (Basic Reshape) originally saw the light of dawn under the name e2e4 Basic Reshape, a remix of Throw by Paperclip People (Carl Craig's brilliant dub- techno guise). Basic Channel remade Craig's track, which sampled Manuel Gottsching's minimalistic, hour long E2- E4 (the basis of yesterday's post, 1989's Sueño Latino). In doing so they pushed pushing Gottsching's 1984 album into new directions. Remake is a heavy duty, slow motion, bass led groove, a long way from the original and the '89 hit that sampled it. The melody has been filtered out and replaced with utterly absorbing layers of sounds. Dance music (for want of a better term) had a real sense of forward trajectory between '89 and '95, a constantly forward thinking form, the music of the future in the here and now. This still sounds futuristic.

On a different subject - going by your comments when you posted Steve Roach in November, you might enjoy his new 24-minute release "Emotions Revealed": https://steveroach.bandcamp.com/album/emotions-revealed-2

King Tubby and Derrick May must be pleased with their children. I love it how Basic Channel evolved further into Dub (Rhythm and Sound) and African rhythms (Jeri Jeri). Taking the ancient rhythms into the future. Masters.
-SRC

Thanks Anon, I downloaded the Steve Roach album but haven't had a chance to listen to it yet.