Into The Voice Of Stillness 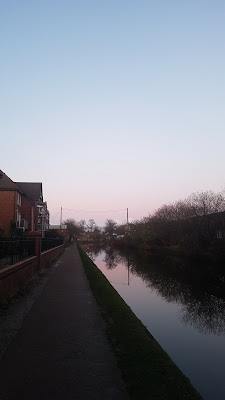 I've spent much of 2020 bouncing between Daniel Avery and Richard Norris. Avery's album in the spring, a collaboration with Alessandro Cortini, coincided with the chaos of March and the start of Lockdown 1. His recent one, Love + Light, came out digitally in the summer (as lockdown became local restrictions) and the vinyl arrived a couple of weeks ago, landing as Lockdown 2 kicked in. I hope he's got something up his sleeve for early 2021's Lockdown 3. The albums are full of the drones of white noise, layers of ambient sounds, a real emotional heft in places (as seen in his Lone Swordsman single) and some full on techno, hammering kick drums and synths- ambient, industrial techno made for dancing to in dark basements.

Phonica asked him to put together a mix and it is a superb hour of what Daniel calls 'the slow motion blur of 2020', some unheard recordings of his own, some demos, some released tracks, versions and studio experiments, put together in the metal shipping container he records in overlooking the river Thames. He explains it all in an interview here. A friend said he's found it perfect for listening to while driving to work in the wintery dark and for headphones in when out walking the dog. I don't have a dog but can endorse it's power as car music, the beats and melodies eating the miles up under the motorway lights and the physicality of it cutting through the ambient noise of traffic. It's here.

Into The Voice Of Stillness came out recently as part of a single package to go with the release of Love + Light and lone Swordsman, a version of one of the tracks on that album, the more tranquil flipside to the Phonica 78 mixtape.