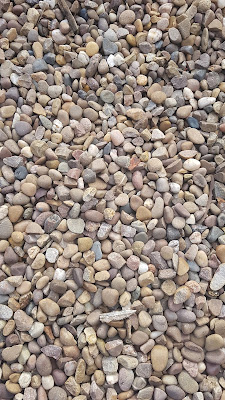 I'm not completely sure what's going on here but I came across it on Thursday night and have found it to be highly addictive and a very effective way of switching off and letting your mind drift. It started streaming on Youtube at the end of October and has been streaming ever since. It's by Four Tet and the spinning, never-ending animation is by his friend Anna Liber Lewis (there was a  Four Tet 12" of three songs done for an exhibition with Anna last year). I've no idea how long the loop goes on before it repeats itself or if there's some randomising element to it so it never plays quite the same thing twice or if in fact it's just an extremely long recording but there are several recognisable Four Tet motifs on there- whirring sounds, musical boxes, laptop beats, a vocal sample that may be Ellie Goulding- and it circles round and round endlessly. The way the melodies dance about over the rhythms with such a lightness of touch is so entrancing and hypnotic that I find it difficult to switch it off.

The only thing in the way of information apart from Four Tet and Anna Liber Lewis' names (and a link to Anna's online t-shirt shop) is this line of emojis. Make of that what you will.

Just realised, I have been listening to this for over ten minutes now. Good stuff

It does have a habit of doing that, time just disappears