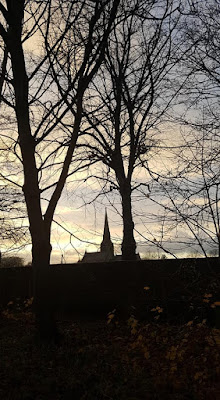 I heard this song fade into earshot on the tv the other night, The Jimi Hendrix Experience's Burning Of The Midnight Lamp, the grungy fat guitar note followed by Jimi's instantly recognisable harpsichord notes. A proper ears pricking up moment. The riff circles round twice, there's a burst of wah wah and Mitch and Noel pile in before Jimi starts singing. The whole song sounds overloaded, the needle in the red, parts muffled and jostling with each other but it sounds alive, the backing vocals like a heavenly choir, a mess of controlled noise and confusion. The harpsichord- nothing says 1967 like a harpsichord- surfaces again to kick into the second half of the song and inevitably there's a stinging, dirty guitar solo. Hendrix sounds like he's singing in a dream, examining his mind in the aftermath of a messy trip, the band pounding away behind him. Noisy, psychedelic, melancholia.

Hendrix wrote the lyrics on a flight between New York and Los Angeles in 1967. This was after a recording session in London that hadn't delivered the goods for the song (although the trio had laid down Axis: Bold As Love so it wasn't a total write off). They set off on a European tour, then to the States and then when back in New York at Mayfair Studio they nailed it, with the Sweet Inspirations coming in the next day to do the backing vocals (Whitney Houston's mum being one of the three Sweet Inspirations). In the UK it was a single, released in August '67 at the height of the summer of love, with The Stars That Play With Laughing Sam's Dice on the B-side. A year later in the USA it was the B-side to his cover of All Along The Watchtower and then as part of that year's Electric Ladyland album. Two years later he was gone.

Burning Of The Midnight Lamp

I remember buying this single back in the day and the rumour was that "The Stars That Play With Laughing Sam's Dice" was a reference to the mind altering drugs STP and LSD. It was a simpler time...

This is the song that got me into Hendrix. Brilliant isn't it? And I really hope that rumour about STP and LSD is true...

I remember reading the LSD rumour back in the 80s when I first got into Hendrix. Like Nick, I hope its true.

Jimi is a big deal here in his hometown of Seattle. He is buried here, has a park named after him, and there is a statue, plaque and on and on. There was a memorial march earlier this year to mark the 50th anniversary of his death. This all sounds great. In reality, the Hendrix name appears in our local paper more often than not because of fighting amongst his heirs over use of is name and other estate issues. It's tough to just focus on the music when you are bombarded with these petty issues. There is an important but failing bridge that links Seattle to West Seattle that is expected to be closed for a couple of years while it is rebuilt. There is a big push to rename it the Jimi Hendrix Memorial Bridge when it reopens. Now that's a name I can get behind.