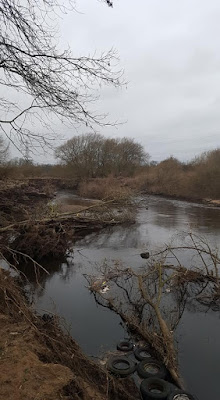 An hour and four minutes of music for lockdown. This lockdown hasn't been any fun at all. The novelty of the first lockdown has been absent and in the two darkest months of the year, it's been difficult. There are at least some glimmers of light now, the vaccines, the numbers starting to come down but I don't have much confidence Johnson will make the right call on Monday and fear that he is in thrall to the voices on the right wing who want to unlock everything as soon as possible. No one wants to stay in lockdown any longer than necessary but I think many of us would rather soldier on for another month or two with a very gradual loosening than open up quickly, chuck away all the gains and end up with another surge in cases and lockdown four in April.

It's easy to be overwhelmed when faced with all this, all these problems and issues that are beyond our control. As Richard Norris said recently, 'music is the answer'. This is a mix I put together recently, starting out with some street sounds from the BBC's extensive online archive and a bit of Blade Runner, some drones and spoken word, something from Luke Schneider's astonishing steel pedal ambient album, more ambient music with guitars and pianos and synths and then a second half that opens up and lets the light in, a bit of optimism before the strings and drama of Two Lone Swordsmen remixed by In The Nursery. It's at Mixcloud.

Lovely mix Adam, music is the only answer at present

I agree. I hate this current lockdown far more than the summer one, but I'd rather stick it out than have to face Lockdown 3 in a few months time.

You've surpassed yourself with this mix, Adam. Just fantastic.