In A Lonely Place 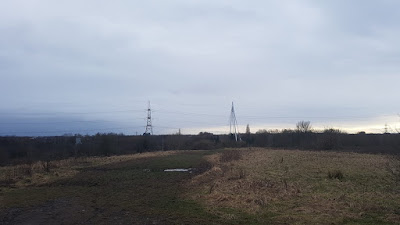 Ian Weatherall and Duncan Grey's cover version of New Order's In A Lonely Place is out to buy digitally, released on the first anniversary of Andrew Weatherall's passing with the proceeds going to his charities of choice.

Factory Records held an important place for Andrew and his brother. Early New Order records have been cited by Andrew in various interviews- in Jockey Slut he said Power, Corruption And Lies was his favourite ever album and Your Silent Face crops up repeatedly (not least in his remix of Mike Garry and Joe Dudell's St Anthony tribute to Tony Wilson). His admiration of Martin Hannett as a producer is well documented and Peter Saville's artwork, sleeve design, posters, the whole visual identity he created for Factory, must have struck chords. At one point in his youth Andrew styled himself on early A Certain Ratio's look (bleached crop, army shorts). There are several Weatherall mixes where Durutti Column songs appear (Sketch For Summer is in his Fact Magazine mix). There's an interview where he talks about the more obscure early/ mid 80s Factory bands- The Royal Family And The Poor are mentioned and the slightly better known ones such as Section 25. Ian and Duncan Grey's cover is a work of love and of homage, not just to a song but to a time and place and a way of life- Factory's bloody minded independence, their refusal to play the game and their insistence that they were an enterprise prioritising art over commerce. We all know how that ended but look what it gave us...

Duncan is the boss at the record label Tici Taci, and in the past with Ian made music as The Sons Of Slough. Duncan's solo releases over the last couple of years have been a joy, long chuggy instrumentals led by huge basslines and with trippy FX. Ian and Duncan's cover of In A Lonely Place is a heartfelt, stately cover, dubby melodica and a recreated Hook bassline.

There are three remixes, all by people with close connections with Andrew Weatherall. David Holmes' remix has a vocal, Ian Curtis' words re- imagined, a ghostly remix, the sounds coming at the listener as if through mist. Or maybe as Martin Hannett would have liked, from the bottom of a lift shaft.

ALFOS partner Sean Johnston in his Hardway Bros guise remixes the track as a dubbed out chugger, a different bassline driving it, some twinkling synths and a gear change at three minutes fifteen. Duncan's Hooky bassline re- appears at five minutes for an intense last few minutes.

Former Swordsman Keith Tenniswood's a long, thirteen minute trip, starting out very dubbed out and dislocated, winding it's way onward gradually. Eventually the melodica comes in and then at seven minutes thirty- nine the remix pivots on the line 'How I wish you were here with me now', just as Andrew's dub mixes in two halves for St Etienne and Primal Scream did. The second half is a beautiful but sombre journey.

There are links to buy the four tracks here. Vinyl to follow in June.

Love these mixes. Do you have a link for pre-order, Adam?

Think the vinyl is going to be for Record Shop Day in June so no pre- orders.

I've been looking forward to this every since you first mentioned it here. Actually, it's even better than I could have hoped for and the remixes are incredible.

This is a really special release! I am particularly mesmerized by the David Holmes contribution.