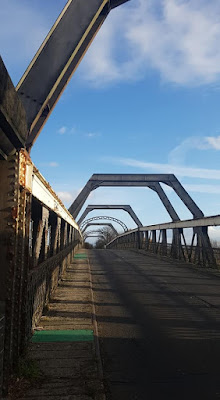 Sonic Boom has announced a remixed version of his album from last year, a record called Almost Nothing Is Nearly Enough, out in April. More analogue synths, more drones, more slow motion, tripped out washes of sound, more songs that sound like waking up to the sun coming through the trees, flashes of light and rainbows at the edges of your vision. On A Summer's Day is the first release. The album is available at Bandcamp and out on clear vinyl with a neon candy splatter in a foil embossed jacket with a poster. I'd be happy with plain old black vinyl and a cardboard sleeve but that doesn't seem to be an option. Video here.

The album he produced with Cheval Sombre is also out soon, at the end of this month I think. Fragile songs for late at night, acoustic guitars and hushed vocals. Curtain Grove has Sonic on guitar and Britta on backing vocals. The album, Time Waits For No One, will be on white vinyl. Video here.

The Sonic Boom album is a ridiculous price for a single piece of new vinyl. But I know that if I don't get it I will be regretting it for some time to come. It better be an absolute perfect pressing.

My feelings too Drew.

Ordered the Sonic album via Carpark, which weirdly turned out to be the cheapest option, like that the splatter vinyl echos that of my ‘drone dream’ ep from time ago, however intentional that should be