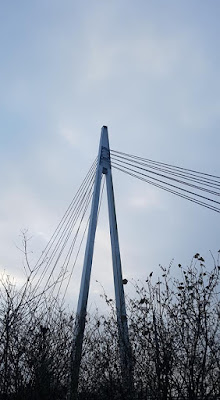 The KLF have spluttered back into life recently, thirty years since deleting their back catolgue. A couple of weeks ago a compilation album called Solid State Logic 1 appeared on the internet, dropped onto streaming services without warning- well, almost without warning, apparently a fly poster appeared under a railway bridge in Kingsland Road, London on the last day of 2020, but the eight track Best Of took most people by surprise. Yesterday Bill Drummond and Jimmy Cauty launched the second chapter of their musical back pages into the internet- a version of their 1990 album Chill Out appeared on Youtube retitled Come Down Dawn.

Chill Out, from its sheep in a field cover to it's mythical recreation of a drive from Texas to Louisiana, was a KLF concept album, an ambient classic designed to be listened to as one piece of music, Drummond and Cauty on a road trip through the Deep South. It is peppered with samples from some of rock histories most famous songs- Elvis singing In The Ghetto, Fleetwood Mac's Albatross and Aker Bilk's Stranger On The Shore. Come Down Dawn has removed these samples, presumably for legal reasons, and although I miss them the broad, cinematic, blissed out sweep of Come Down Dawn works perfectly well without them. The rumble of trains, the voices, the pedal steel guitar, the radio reports and bird sounds are all still there, the vision is intact. The tracks have all been renamed and the original road trip from Texas to Louisiana now sets out from Brooklyn and runs down the east coast before heading to Mobile, Houston and Loredo, finishing in Mexico City. The last ten minutes of Come Down Dawn depart from the original release too, lots of new/old elements thrown in with parts from The White Room movie and various other KLF releases. A new mix then, the original re- imagined and reworked, much more than just the removal of some difficult- to- clear samples and you can say it's just a new way to recycle their material and provide some cashflow (although the return artists get from streaming rates means they won't see much) but it sounds pretty fresh to me and just what's needed for a Friday in February 2021.

Here is an uncredited remix from The Orb in 1989 which takes a maximal approach to ambient house.

Labels: the klf, the orb

Saw this on Spotify yesterday. Loved the original version of Chill Out and still listen to it occasionally, so I'm looking forward to hearing this. Big fan of Bill Drummond, he's written some good books as well, 45 being a particular favourite.

That is brilliant news; I still love the KLF, especially their early less commercial stuff + remixes (e.g. DM, PSB...) and still regularly look for stuff by them / news about them, i saw that compilation and was wondering what it was... The world needs the KLF more than ever!

Er... Also love you blog mate, just brilliant, ecclectic; I discovered it while searching for Andrew Weatherall stuff yet again , some time after his death (I was looking for the flac versions of the 2 flowered up weekender remixes...), been following it since so please keep it coming!
cheers
Ben

I might be mistaken Swiss, but I think o have a different version of the Blue Danube mix, I'll have to check a hard drive. It could easily be me misremembering though.

That is so good.

Thanks Ben, nice of you to drop in and say Bonjour.