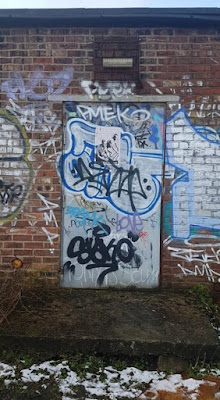 A new single package from Andy Bell's album, The View From Halfway Down, came out on Friday containing an edit of Skywalker, an acoustic version and a very fine Pye Corner Audio remix. Skywalker is one of the highlights of the album, a tribute to his eldest daughter and her reaching adulthood. Musically it is a blissed out blend of Michael Rother, The Velvet Underground at their dreamiest and 80s psychedelia. The video is a trippy affair that looks like it should have been shown first on Snub TV. You can buy it at Bandcamp.

For some reason I a picturing the German announcer on Beat Club saying something indecipherable but including"...Andy Bell...Skywalker...Groovy!" followed by the typical Beat Club high production value of color overlay and sliding in and out of telephoto as Andy and a bunch of longhaired musicians in pale tank tops perform... PERFECT!

Yes, another great release from Mr. Bell. A definite 70's synth vibe on this one, and in a good way.

This guy’s work continues to do it for me. Thanks for posting. Probably would have missed it.

Thanks again, Adam, as Andy Bell's album and singles would have completely passed me by had it not been for your recommendations. I'm really enjoying Pye Corner Audio too. I thought the remix of Cherry Cola was good, but Skywalker is possibly better still. Rotational Squelch (great title) will also having me digging into their back catalague. Cheers!