Something About Love For Glory 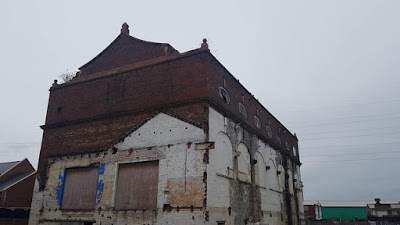 Drifting through the Freeview channels a couple of weekends ago I found the old BBC2 programme Sounds Of The Sixties and in my slightly red wine affected haze a black and white performance by Tim Buckley, originally from Late Night Line Up in 1968.

Such a strange combination of instruments and sounds- Buckley's folk guitar, the jazz chords and runs of the guitarist along with the rhythm section of double bass and congas. On top, Buckley's voice with those detours he takes into yodelling. The TV says the song is called I'm Coming Home but the song as it appeared on his 1969 album was called Happy Time. I found it very odd but entrancing when it was on and as soon as it finished I rewound the TV and watched it again, unexpectedly drawn in by Tim Buckley's psychedelic jazz- folk fusion.

This song, from 1967, is a bit less startling but still pretty hypnotic, a three and a half minute swirl, the words and the voice tumbling over the music (piano, acoustic guitar, drums), no chorus or hooks to speak of, just this acoustic psychedelic flow


Great singer he was, as was his son, Jeff. And sadly both gone far too soon.

Thank you for the video. Tim Buckley's "Greetings from L.A." is one of my all time favourite albums.

Staggeringly mesmerising live performance from Tim Buckley. One of THE great voices. Still searching for Dolphins in the sea.
-SRC

Entrancing. I've had too many sojourns into the wee hours, stumbling across some music re-runs, documentaries or live shows on BBC4...