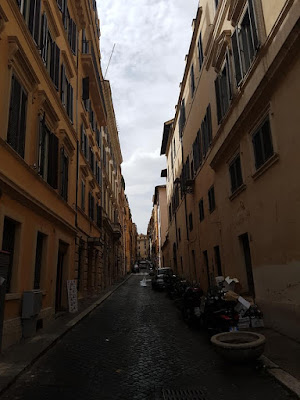 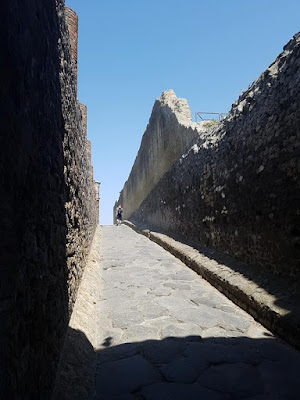 I don't know if posting photographs of beautiful places in Europe I've been to in the last decade is the best way to deal with lockdown in February but yesterday's picture of the Alps suggested I follow suit, so I'm heading heading south- east out of France and over the Alps to Italy. In July 2018 I spent a week there, a few days in Rome (top) and then a few in Sorento including a visit to Pompeii (bottom), on a school trip so I had a party of fifty- six teenagers with me. Returning to Italy is something I'd really like to do if/ when we can go abroad again (and maybe next time without responsibility for fifty- six teenagers). In the late 80s and early 90s Italy was home to some of the best house producers on the planet. This track is from Dreamatic, released in 1991, euphoric and dreamy Italo house with one of those sumptuous basslines you feel like you could ride on and floaty synths and a very apt title.