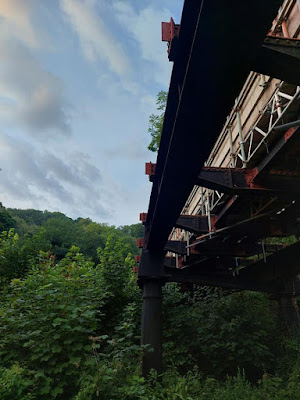 Over on the other side of the world from here, operating out of Auckland New Zealand, is Stinky Jim. He got in touch a few years ago saying nice words about this blog and we've communicated via the internet on and off ever since. Stinky Jim is a reggae enthusiast, a member of Unitone HiFi who have been making electronic dub in Auckland since the early 90s. Jim broadcasts his Stinky Grooves radio on the internet and via Mixcloud- you can find the extensive back catalogue of radio programmes here including his recent tribute to the departed Lee 'Scratch' Perry. Hours and hours of sounds to inspire and delight you. Jim was instrumental in bringing a host of leftfield artists to New Zealand, Adrian Sherwood and Andrew Weatherall, Money Mark and Roots Manuva. He's a one man, Antipodean pioneer with an encyclopaedic knowledge of roots, dub, post- punk and electronica.

Stinky Jim has recently released his own album, a bewitching and enticing ten track album called It's Not What it Sounds Like. There's loads of dub business in the grooves, rhythms and echo and some lovely meandering melody lines, some sounding like they've wandered in from 1980s/ 90s computer games. Frying Symbols rides in on an outtasight rhythm, vintage organ and is doused in reverb- not unlike the more dubbed out Sabres Of Paradise tunes. Stunted Orbis is flighty melodic bleeps and snare drum and a really cool synth line. Album opener Flingers & Flayers is straight ahead dub reggae, a snatch of vocal floating in and out. Personal Space is five and a half minutes of space and echo, sounds and FX bouncing round the speakers. It's a thing of joy and well worth investigating. You can buy it at Bandcamp.

Back in 1996 Unitone HiFi released an album called Boomshot, wall to wall 90s dub sounds recorded in New York and Auckland and a long way from where the youthful Jim Pinckney started out, Leamington Spa in Warwickshire.

Thanks, enjoyed that! Cool find.