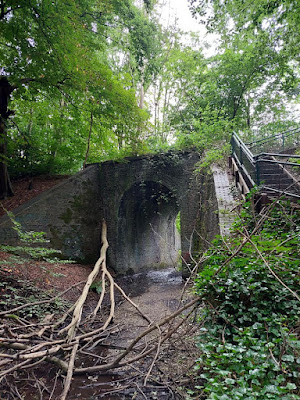 Gnod, a Salford based collective who channel guitars and FX pedals through fearsome amplification hit a political peak with their 2017 album Just Say No To The Psycho Right- Wing Capitalist Fascist Industrial Death Machine, an album where everything was into the red. Loud, confrontational, experimental and furious. Ten years ago their jams in a deserted mill in Salford saw them less political and more gnostic- repetition, drones, meditations and rituals and seemingly coming from some kind of urban occult direction. Elka, head music for the 2010s, is a trippy incantation, doused in reverb. Not exactly chilled or calming but its not caving your head in from the inside either.

And if its viscous, sludgy, raw punk energy and battering ram drumming that you're craving you could always try their new five track release La Mort Du Sens, led by the hard and heavy Pink Champagne Blues.