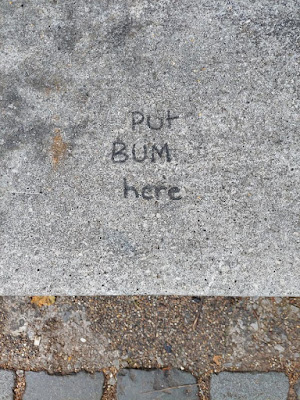 Back in 1985 Big Audio Dynamite released The Bottom Line, maybe their best song. Built around a stuttering bassline, a couple of vocal samples ('the horses are on the track'), some wonderful clanging chord changes from Mick, chorus and delay pedals used to the full, and a naggingly catchy lyric and vocal. Mick never sounded like he was having so much fun, celebrating the new found freedom BAD have given him- 'There's a new dance that's going around/ When the hits start flying you gotta get down... a dance to the tune of economic decline/ when you do the bottom line/ Nagging questions always remain/ Why did it happen and who was to blame... Even the Soviets are swinging away'

Great song and you really can hear the sense of liberation within it. BAD really were one of the best bands of the eighties and early nineties, it's just a shame more didn't realise it at the time.

I never get tired of listening to The Bottom Line...or BAD in general. The first version I heard was on the debut album - a little too short. The second was the Rick Rubun US remix as a free white label with C'mon Every Beatbox - a little too sparse. I got the UK 12", secondhand, not long after - absolutely perfect!