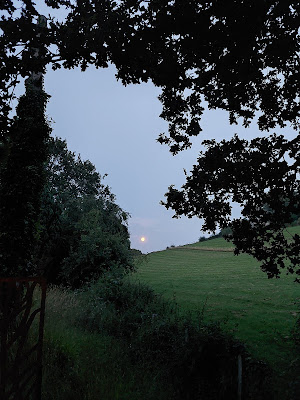 Andrew Weatherall loved to give the Japanese market a few extras. His solo album A Pox On The Pioneers contained two extra tracks not available on the standard release as did the only album by his duo with Timothy J. Fairplay The Asphodells. He also has some real obscurities and rarely heard releases hidden away in his back catalogue, none more obscure than a promo CD called Still My World, a ten track album produced solely for Japan and tied in to promote Zegna, an Italian clothing line. Still My World came out in 2003 and was credited to Andrew Weatherall and Keith Tenniswood (presumably to avoid any contractual issues with the name Two Lone Swordsmen which was how Andrew and Keith were recording at the time). Two of the tracks were otherwise released as one of the 7" singles in the Hidden Library series- I say series, it ran to two releases, Hidden Library 002 and Hidden Library 003, the second of which was Jnr. Poon's buzzing, fizzing electro cover of Robert Calvert's Lord Of The Hornets (posted previously on these pages). The other eight tracks seem to be studio offcuts, tracks that didn't for whatever reason fit on other TLS releases and experiments that were forgotten about and then retrieved from the vaults. Arguably the pick of them is The Crescents.

Three and a half minutes of languid, gently stoned echo-laden guitar, some FX and tons of atmosphere, it's a genuine lost gem in the Weatherall back pages. The Crescents is one of those instrumentals which nails those slightly lost, melancholic moments, a couple of swigs of your drink still in the bottom of your glass and a little past the time when you should have gone to bed.

The Cresecents could be named after the notorious Hulme housing estate, concrete section built flats that by the mid- 80s were the home to an alternative, rent free culture just outside Manchester city centre which Andrew says he visited during one of his trips to the Hacienda. Three of the flats were knocked together to form an after hours, unlicensed nightclub called The Kitchen. Who knows.

Still My World is rare AF. Discogs has the basic info here along with the detail that a copy has never been sold through that site.

"One of those instrumentals which nails those slightly lost, melancholic moments, a couple of swigs of your drink still in the bottom of your glass and a little past the time when you should have gone to bed."

I can confirm that the song equally nails the moments when you've been woken on a Sunday earlier that you should have, a little worse for wear and clinging on to the minutes before the rest of the household wakes up and expects you to be absolutely on it, because you've been up for ages...

There's a Weatherall gem to suit any day or time of the week, month or year, isn't there?

Good morning, firstly I should apologise as I don't comment anywhere near as much as I should. The effort you put in and continually put up great and relevant music/photographs is outstanding.
I always find some resonance in your words as I must be roughly your age. So on many days I check-in and your words provide solace or inspiration.
Thank you.

Thanks Gullybully- after a shitty day at work that's put a smile on my face.