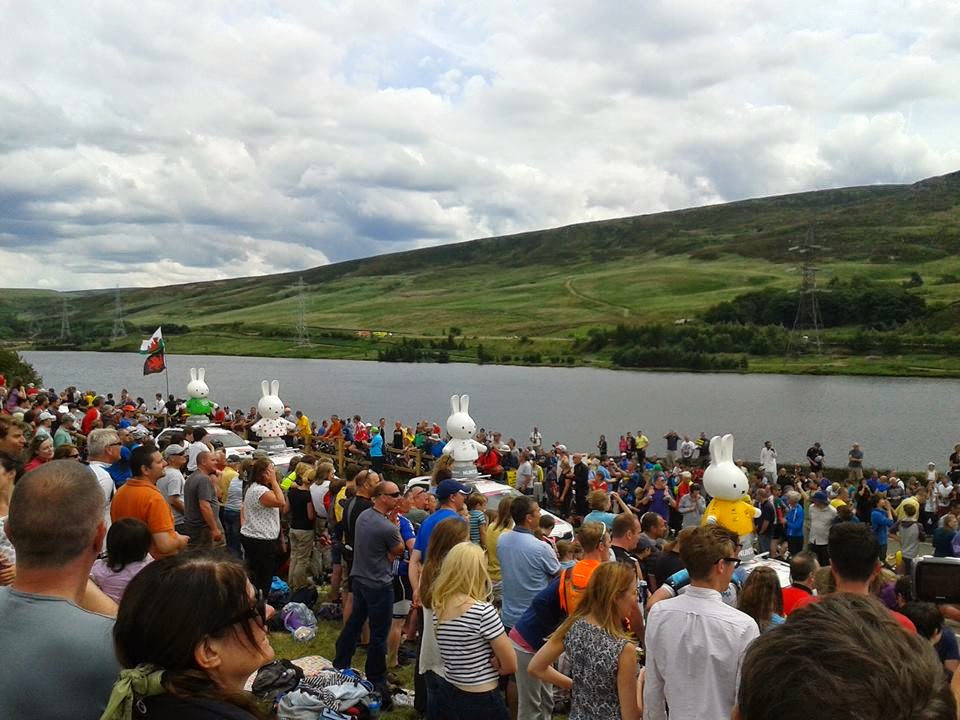 I cycled up to a few miles east of Glossop yesterday to watch the Tour de France as it dipped out of Yorkshire and into Derbyshire. The Tour passing within twenty-five miles of my front door was too good an opportunity to resist and it was a lovely day for a ride. In fact I sunburnt my wrists. An hour before the cyclists shoot along a cavalcade of sponsors' vehicles pass along the route throwing out freebies (caps, Haribos, lighters etc). These four Miffys made me smile. 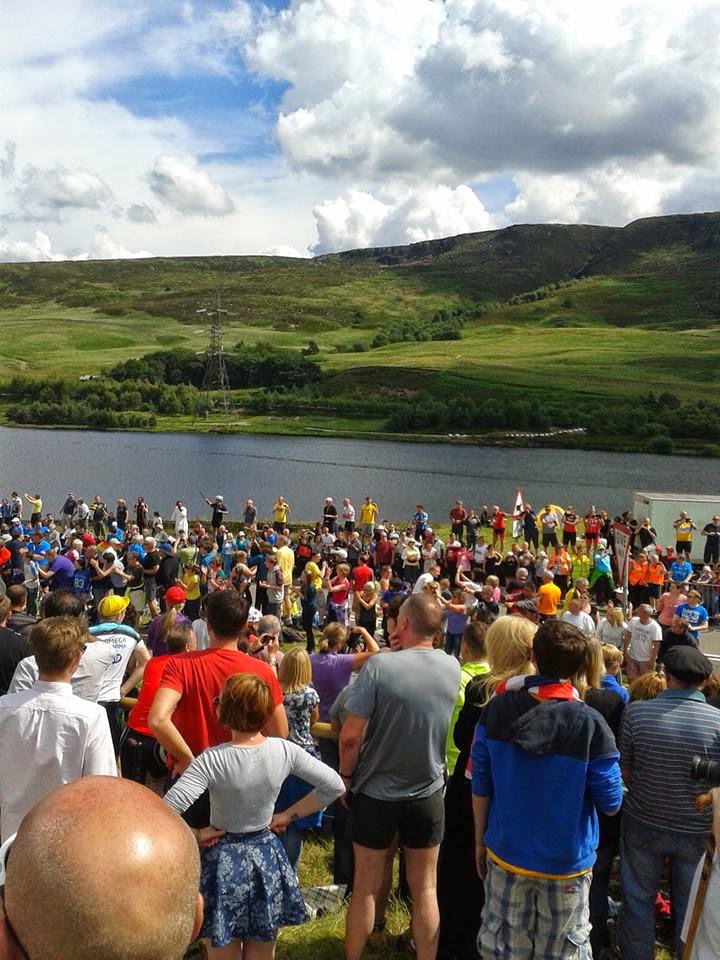 I took this photo moments before the leaders hurtled past- I was on a hillside right by a hairpin bend. You can see everyone in the picture turning their heads to the left as the leaders and then the peloton appeared out of nowhere. Six helicopters buzzed above us. At this point I wondered if I had enough time to both take a photo and watch the riders. Three seconds or so later they had gone, Kittel in yellow tucked in the back of the peloton. A couple of stragglers came past, then the team cars, and that was it. Gone in a flash. Whooosh. Still, brilliant to have seen it, however briefly. 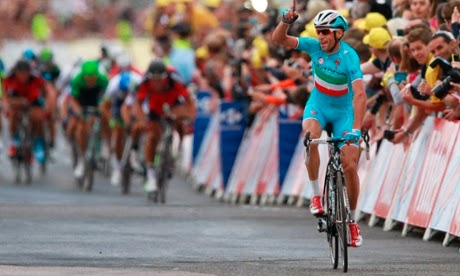 Italian rider Vincenzo Nibali took the stage and le maillot jaune. I didn't take this picture- I pinched it off the internet. Originally I had been planning to go to Sheffield to see the end of the race but plans changed and I cycled home just in time to see the climax on the tv.

I'm feeling a little uninspired with music to post at this exact moment. Here's The Jam with today's song.

Thanks SA, that's a song I enjoyed listening to today...Monday after a bank holiday in my world is horrid.
Watch the Tour En Angleterre all weekend and caught the end of the London stage while home for lunch today. Well done to all involved!! Some shocking exits, and an interesting ladder (to use an Aussie Rules term) going into stage 4 and the ominous stage 5.

Stage 5 on the cobbles looks good. And a little frightening.

I live in leeds and was at the grand depart,240,000 people, so my photos were heads ! they are on flikr under my name

I Gordon. I'll have look. Thanks for popping in