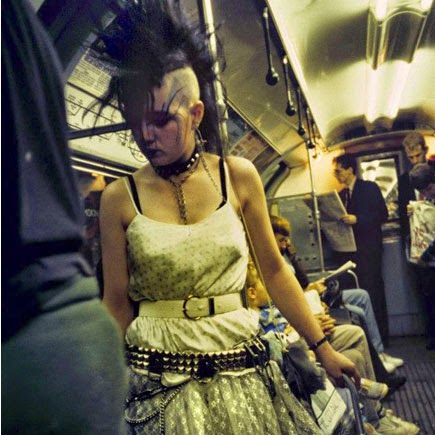 When I posted the Underworld remix of Orbital's Lush recently I asked if there had ever been a compilation of Underworld's remixes of other artists. Ctel from Acid Ted suggested eight remixes by Underworld that could make up such a compilation. Eight would be the maximum you could fit on a single cd- almost all of Underworld's remixes are ten minutes long. Seemingly it is Darren Emerson's stock period of time and it enables these tracks to work their magic slowly and build up a head of steam. This one, a remix of Sound System by The Drum Club in 1993, was one of Ctel's choices. It's a beauty. It's a cliche to say that an Underworld track sounds like train but this one does, a train that whooshes through your head, made of techno and E.

Apologies for the lo-fi quality of this mp3. You'll have to turn it up.

For the record the others Ctel went for were Underworld's remixes of Mental Generation's Cafe Del Mar, The Chemical Brothers' Leave Home, Happiness by Front 242, Dreadzone's Zion Youth (posted here a while ago) and Human Behaviour by Bjork. We discussed the Shakespear's Sister Black Sky remix. I'd stick the One Dove one in too.

That's yer lot for the next seven days. We are off to South Wales for a week's holiday. Amongst the usual holiday stuff I'm contemplating a visit to Cardiff to visit the UK's oldest record shop (Spillers). Have a good Easter everyone.

I would have the mix of Rising Son by Massive Attack, that's my favourite Underworld remix

If you get to Cardiff, I'll keep an eye out for you. If you're wearing the outfit you've got on in your profile picture, I'll recognise you no problem :)

Good stuff and I think Drew is right, SA. Enjoy the time in South Wales.

Happy Holiday. I'm already eating out in a restaurant on the beach..

Luca - you really can be very annoying. I'm sitting looking out of a rain lashed window at a very grey day!

Drew I'm with you on the Massive Attack mix. Sorry but this weekend will be all beach, all of the time here in Tampa - including an outdoor beach brunch on Easter.

Drew, if you ever decide to embark on a trip to Italy I'll earn my forgiving by taking you and your family to the best eateries I know. It's a promise!