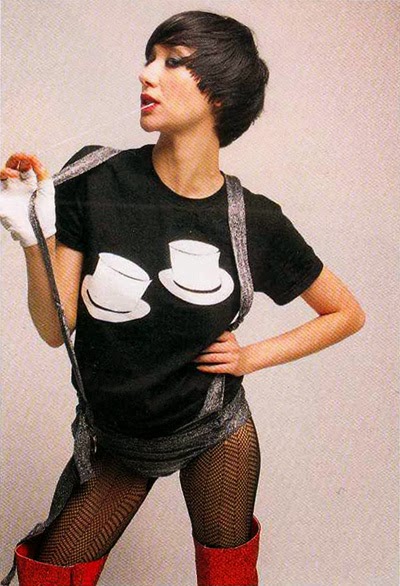 Browsing one of the shelves holding cds the other night I pulled out the only two I own by New York's Yeah Yeah Yeahs. The first was the five track self titled ep, their debut release, from back in 2001. I loved (and still do) the final song Our Time, a raw and rough, spine tingling song setting Karen O's vocal against Nick Zinner's gut wrenching guitar...'It's the year to be hated...' she sings, 'this is our time'. And it sounded like she meant it.

A year or so later they released their first album- Fever To Tell. It is the only other thing I bought by them. Looking at the track listing I can't remember too much about any of the songs apart from the single Maps which went onto win awards and gets placed in lists in magazines and all sorts. And it deserves it.

Maps and Y-Control are two of my favourite singles of the 21st Century. The rest of their stuff I quite like, but if you took it away from me I'd not miss it. But Maps, my god it is gorgeous.

I was really knocked over by the ep and Fever to Tell. Miles Away dammit.

Art Star...is still on a very short list of songs for me. It's like the fruition of an idea planted by Sonic Youth...to get that racket into an unmistakable classic form.

Pin, No No No...per Simon, Y Control, Date with the Night.

First heard them with Pin (with the absolutely brilliantly clever and compelling video for it) - and then bought Fever To Tell... but somehow we only have that and Mosquito on the shelf. I just love Karen O, everything about her is inspiring, seeing them perform 'Under The Earth' on Later a little while back was one of THOSE moments for me.

I love Maps, especially the live version that was the flip to Turn Into but I think that my favourite is still Our Time it has the feel of a lost Velvets tune about it to me.

The early stuff is what you want, but I think there are moments on every release. Show Your Bones isn't considered the band's best, but album closer Turn Into is a personal favorite. Karen O is wonderful.

You're all right about everything. I'm pretty sure at some point I had the album with Heads Will Roll on it. Maybe I downloaded it. I can't find it at present.