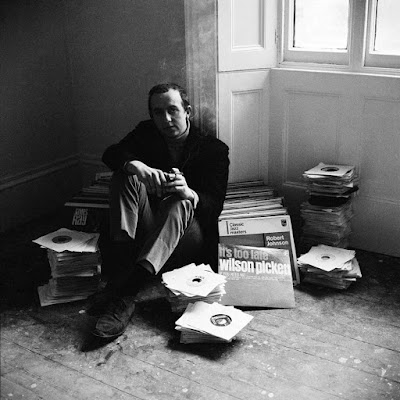 The Clash recorded and released a huge number of songs during their time together. In the space of just two years they put out London Calling (a double) and Sandinista! (a triple), Bankrobber as a single plus B-sides for the album based singles and found time to write and record Ellen Foley's solo album. There really doesn't seem to have been much left gathering dust unreleased and what there was has been bootlegged and compiled since they split. The Clash On Broadway boxed set included Mick's lovely cover of Every Little Bit Hurts and the more recent Sound System included two Combat Rock outtakes- the Beautiful People Are Ugly Too and Idle In Kangaroo Court, neither of which sound like it was a difficult decision to leave them off in the first place. Both boxed sets included the unedited version of Straight To Hell (pretty essential all told). Sound System had a magnificent extended version of Ghetto Defendant with much more Allen Ginsberg than made the final cut on Combat Rock and an extended version of Sean Flynn. The real treasure of the unreleased Clash songs is Midnight To Stevens, a tribute to the maverick dj and producer who created the atmosphere for the recording of London Calling and inspired that album. The song has a great Joe lyric, searching for and finding Guy in a pub coupled with a ringing Mick guitar line. It's heartfelt and true.

Midnight To Stevens
Posted by Swiss Adam at 08:00

'Tis indeed a lost treasure. Stevens must have been a nightmare to work with, but the band always spoke of him with real fondness.

He got their juices flowing. Bill Price handled the actual recording from what I've read.
Swiss Adam

I think you're right and the result was 'London Calling', the album I keep nearest my front door so that I can easily grab it on the way out, should the house burn down.

Multiple copies, that's the answer. Stashed by all escape routes.

It is the definition of the perfect album Swede

all of the above.