Two Small Men Cutting Footsteps In The Roof Of The World 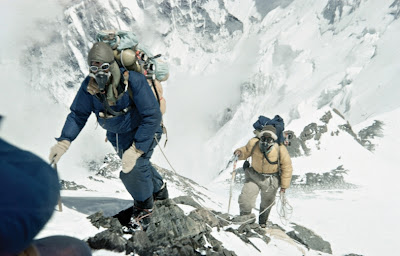 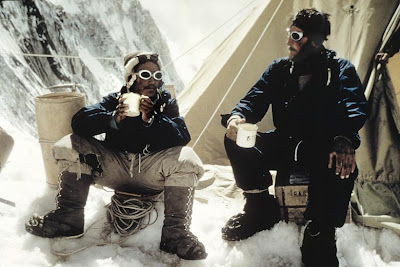 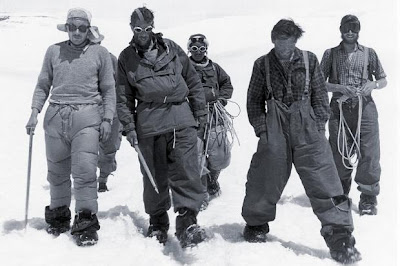 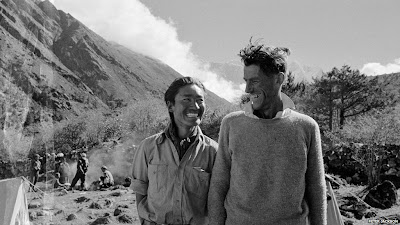 It's been the 60th anniversary of Tenzing and Hillary's ascent of Everest this week. There have been a load of previously unseen photographs published some of which are pretty amazing. Does anyone still climb Everest in woolly jumpers? I hope so.

I've posted the video to Public Service Broadcasting's song Everest before, one of my favourite songs of last year. The PSB album came out recently and is well worth getting. It sounds like a proper lp and Everest is one of the standouts. The only slight letdown with it is, if you bought the earlier singles and eps, you've got almost a third of it already. But no matter- it's a winner anyway. Everest was remixed several times when it came out as a single. Here's one of them.

I saw them with Baltic Fleet last week. What a bill, both bands even sat in on each other's sets. I'd recommend Baltic's Towers

as the perfect companion album too PSB's.

Trivia tip - the cover photo was taken by Blow Up boss's girlfriend. Just snapped through the window of train they were

I got the Baltic Fleet lp a few weeks ago Mondo. Like it a lot.