Looking For The Boys Again 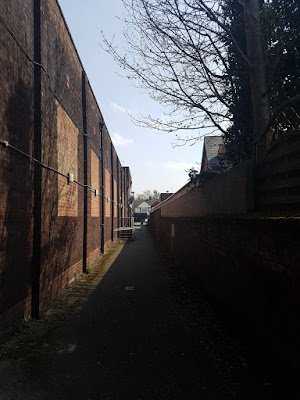 I've spent some of the week just gone addressing storage issues- records and CDs, but mainly records, spilling all over the room and a shortage of shelf space. An Ikea Kallax shelving unit has been purchased and assembled and the order has been restored. Several years worth of record buying has been filed away- some of the ones at the back of the oldest unfiled stack of records dated back to 2012. The situation has now been resolved with all parties happy.

In a box of CDs, mainly discs given away free with music magazines, I found a freebie the long departed Select magazine, dating from December 1999. The CD was a tie in with Xfm (when I hear Xfm Manchester in the barber's they seem to only have the songs of three artists and those artists are Oasis, U2 and Arctic Monkeys). Select did some really good CDs with remixes, B-sides and exclusives that were often worth hanging on to. This CD is not one those CDs so I couldn't work out at first why I'd bothered to save it and why I still had it two decades later.

All the songs are radio sessions and the list of bands is a mixture of late 90s mainstream indie (Travis, Stereophonics, Reef, Gomez, Catatonia), American indie survivors (Sebadoh, The Flaming Lips, Guided By Voices, Mercury Rev), Suede, Skunk Anansie and two bands that I don't know (Seafruit and Merz). None of which explains why this CD must have escaped several culls in the last twenty years. I can only assume it was this- Shack, live in the Xfm studio, playing Mick Head's description of desperately trawling through Kensington, Liverpool, looking for heroin.

Worth keeping it for I would've thought.

I think so too.