The History Of All Truth 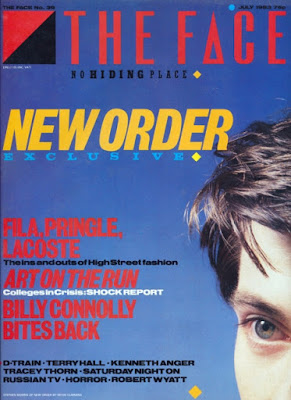 Stephen  Morris is about to put his view of life in Joy Division and New Order into the public domain to put alongside Bernard Sumner and Peter Hook's versions (for the record Barney's was pretty disappointing, his account of his younger life growing up in Salford was interesting but after that it became a boring read. He skipped most of the 1980s because he thought people would find him describing how they made their greatest records dull and then spent the last two chapters detailing the collapse of relations with Hooky. Hooky's books were scurrilous, entertaining and full of the sort of details that I did want to read but his frequent references to Bernard as Twatto show how big the distance between them is and put downs of Gillian were unnecessary).

Stephen Morris' drumming is a massive part of the sound of his two bands. His travails with Hannett while recording Unknown Pleasures are well documented but clearly paid off. His synth drums on She's Lost Control are wonderful and the drum sound and drumming on Transmission b-side Novelty are among the best I've ever heard. Early New Order singles and albums are full of brilliantly recorded drum parts, as much part of the NO sound as Hooky's bass, the homemade kit keyboards and Barney's vocals- all of which are perfectly demonstrated on this 12" single from April 1984, a high point for the band, the record label and the 1980s as a whole.

As if giving their fans a magnificent standalone single wasn't enough they coupled it with a gem of a b-side too, opening with Hooky's brilliant bass and some spikey guitar playing from Barney and another of his fragile vocals. Then the wall of synths come in. Lonesome Tonight, with it's pisstake title, is a masterpiece.

The lyrics of Lonesome Tonight are classic early New Order, that mixture of written to rhyme with personal point of view suddenly switching into something portentous- check the change here in the first verse from 'you turned your back on me' to two lines later 'the history of all truth'

I walk along the street
I look into your eyesI'm pleasant when we meetI'm there when you go homeHow many times beforeCould you tell I didn't care?When you turned your back on meI knew we'd get nowhereDo you believe in youthThe history of all truthA heart that's left at homeBecomes a heart of stone


Stephen's take on events should be interesting. He often comes across as the most thoughtful and considered of the surviving members of Joy Division. He's doing a short book tour to promote it with a Q and A session conducted by Dave Haslam starting at the Dancehouse in Manchester next Thursday and then going to Liverpool, Hebden Bridge and Newcastle (which looks a bit like a New Order world tour itinerary from 1985). Tickets for the Manchester event are here if you fancy it. See you there.

Dave Haslam is a Manchester mainstay since arriving in the city in the early 80s- DJ at the Hacienda and the Boardwalk, gig promoter, journalist and author, record label boss (Play Hard) and cultural commentator. From 1980 onwards, if something was happening in the Manchester area, the chances are he was involved or present. His latest book Sonic Youth Slept On My Floor is out now in paperback. Well worth reading if you want to peek inside Manchester's music scene as seen and lived by Dave from 1980 to the present. Someone described it as 'the literary equivalent of a brilliant chat with your best mate' which is a good take on it and it's refreshingly ant-nostalgic too.
Posted by Swiss Adam at 08:00

I saw some documentation about Stephen Morris somewhere recently: did you know he collects tanks?! And I mean 'real' tanks, not just models of tanks! Brilliant and worthwile watching! In my view he must be the nicest bloke out of the three (remaining original male members).

Also I always said 'Lonesome Tonight' probably is the best thing New Order ever did, I especially like this spitting bit towards the end ...

Whenever Stephen Morris appears as a talking head on any music programme I find him so likeable and nicely funny, I can just imagine he'd be the sort of person you could have a really good conversation with and feel v comfortable in his presence. Mr SDS recently finished both of Hooky's books and ended up reading huge chunks of each out to me so I feel as if I've read them myself (I probably heard the best bits!) Quite a revelation... stuff I had no idea about - will certainly be interesting to compare Stephen's take on things so thanks.

And then Gillian's for a female perspective...