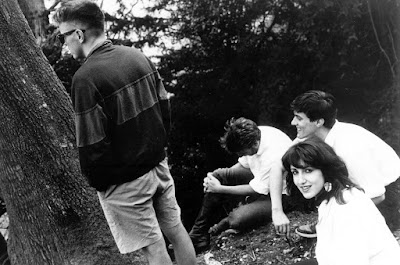 New Order in the summer of 1987. I was seventeen and was listening to the True Faith single repeatedly that summer, thirty two years ago (Substance, the singles compilation came out in August 1987 too). The band played True Faith on Top Of The Pops and it rose into the top five the week after. They played live, as this clip shows, broadcast recently on BBC4's re-runs of Top Of The Pops. The re-runs are deep into 1987- and it has to be said it was a year of largely terrible music on the nation's favourite chart run down show- most of the episodes can skipped through in minutes with your finger on the fast forward button on the remote control. The week New Order appeared they shared the BBC canteen and dressing rooms with Sinitta and Spagna. This version is, as you'd expect, less sleek and produced than the Stephen Hague single with Hooky's clanging bass more prominent (glorious as the single is) and has a truncated guitar break. I've posted this clip before but watching them the other night I thought it was worth doing again. True Faith is a song I don't get bored of.

True Faith is a New Order tour de force, a single aimed at selling copies in large quantities- earworm keyboards and boom- bash metronomic drumming providing the rush, a song pitched in a sweet spot between pop, indie and dance. Hooky complains in his autobiography Substance that they'd left nowhere for his bass playing in the mix (but he found his way in) and that the only shot of him in the video is his left foot. Bernard was talked into changing a lyric to ensure radio play (altering 'now that we've grown up together/now they're taking drugs with me' to 'now that we've grown up together/ we're not afraid of what we see'). The song feels like a group effort whatever everyone's actual contributions were. I think I read somewhere that Deborah Curtis, Ian's widow, said she couldn't listen to New Order after Ceremony, it was too much following Ian's death, but with True Faith she could listen to them again and enjoy it- which tells you something about the way the song was received and something about the distance travelled from 1980 and Closer to 1987 and True Faith. I love it- partly because at seventeen years old you're so susceptible to these things and partly because it is in some way definitive New Order. It would make it onto any New Order compilation I'd put together. 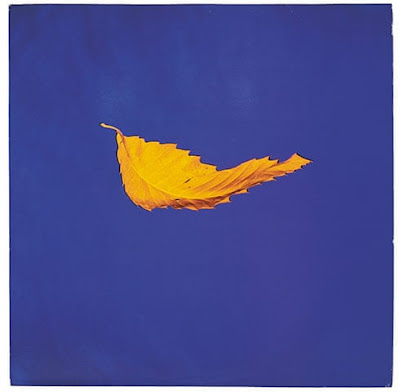 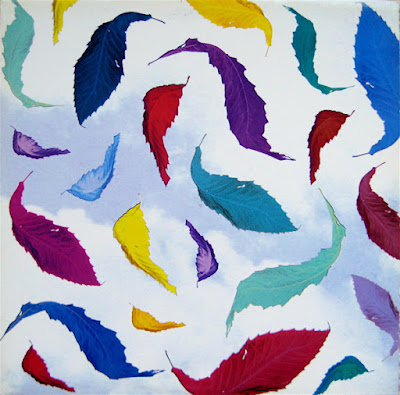 Peter Saville created a beautiful sleeve, the falling leaf painted gold against the blue background, the leaf idea coming to him as he sat in his car and one fell onto his windscreen. The single was followed by a remix 12" with an alternative Saville sleeve, a remixed version of the song, a different mix of 1963 and also this Shep Pettibone dub.

New Order toured in 1987 too, at home and through the USA (the US leg being the scene of much Hook and Sumner debauchery). The graphic on the tour t-shirt below is very 1987. 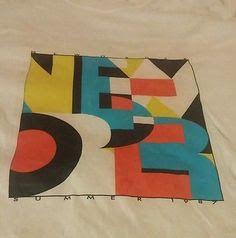 Cool to hear this live rendition. I never tire of this song either. I wonder how many times I have heard it lo these 32 years...

SA - your mentioning that True Faith hit that sweet spot between Pop, Indie and Dance, rings so true to me. True Faith was so colossal, that when it was followed up by Fine Time and Technique, I was initially let down by how "thin" I felt the sound had gotten. It would take me some time to raise Technique to a level anywhere near how it is revered among the many contributors in our corner of the internet. True Faith exudes a power and a confidence that 7 years of creativity had led to.

Decades ago I bought myself a lovely poster of True Faith, just the single gold leaf on blue with white type. Took it home and my housemate said 'You don't get much for your money, do you?' If only there'd been a poster of the remix 12" with many leaves she'd have conceded it was better value.