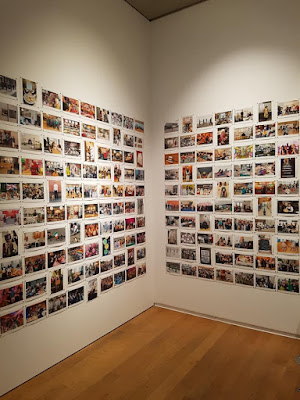 This Monday's long song is a remix and a Record Shop Day 2019 12" release. Despite all our misgivings about RSD- people who buy in bulk to then sell on ebay, the proliferation of re-issues no-one has asked for, the massively bumped up prices, the insistence that coloured vinyl is in some way better than black- this release showed that it was worth heading to a record shop for. New York's 1960s home-made synth enthusiasts Silver Apples remixed by Andrew Weatherall, a nine minute wonder with lighter than air melodies, steam powered drums and so many false endings that when it finally finishes you still expect it to start up again. Ace.

Weatherall has also recently remixed an Unloved song so while I'm here we may as well slip a second one in. Devils Angels is a very different animal, busier and built around a repeating bassline with ghostly echoed vocals and all manner of noises swirling around its eight minutes.

I love the Silver Apples remix, it's been on the turntable all weekend only usurped last night by Motorhead in an attempt to get me ready for the working week.

The Unloved one is okay, a grower I suspect.

The Unloved one is less immediate, like you say Drew, probably a grower.

Silver Apple's remix is superb SA and was on heavy rotation during the last days. Sadly I couldn't get the vinyl yet.