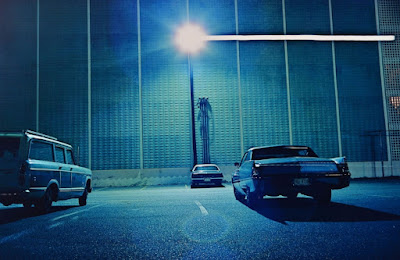 A long mix for Sunday from Rude Audio, South London's finest purveyors of dubby, cosmic Balearic disco. This is three hours of excellence taking in some of their own work alongside tracks from the likes of Bedford Falls Players, Lord Of The Isles, LCD Soundsystem, Jono Ma, Silver Apples, Rich Lane and someone called Andrew Weatherall. Press play and enjoy the groove, 'a cavort with the wrong sort, uptown'. Tracklist can be found here.

Rude Audio have got an eight track release out soon, hot on the heels of their Rude Redux e.p. in October last year. Street Light Interference has four new ones and four remixes. The lead track is here, Repeat Offender, bouncy bass and beat, dub echo pinging around, and some keyboard lines wandering in from a John Carpenter film. After four minutes things start to get quite fizzy and more urgent. This can only improve your day, your weekend and your summer.