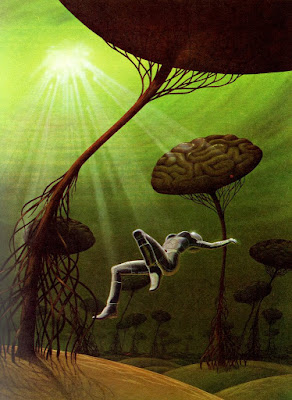 I've been meaning to post this for a while, especially since The Vinyl Villain did a Shamen piece a couple of weeks ago. On 1990's En-Tact The Shamen fully embraced club culture, their fusion of indie- rock and electronics complete. Paul Oakenfold, Steve Osborne and Graham Massey worked on some of the songs. Make It Mine and Move Any Mountain were genuine pop- rave monsters. They pushed the recently joined rapper Mr C to the fore. Hyperreal was released as a single in 1991 with this William Orbit remix on the 12".

Still have both 12"s for this. Are there Meat Beat Manifesto remixes too. Superb use of Army of Darkness samples - "swallow this!"

Once you hear Hyperreal it will stick with you all day. The Orbit contribution has that Guerilla Records sound that he had made into his signature. 89-91 was truly a banner time for William Orbit mixes.