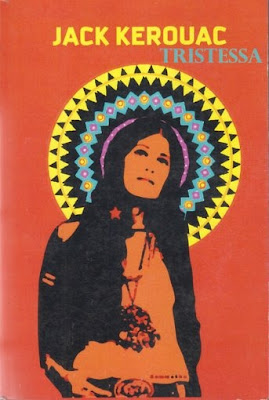 On Saturday night while The Chemical Brothers were block rocking the Other Stage at Glastonbury talk on Twitter turned to the then Dust Brothers 1994 Xmas Dust Up, a cassette given away free with the NME in December 1994. The tape was mixed by Ed and Tom, a window rattling, volume- all-the-way-up, seven song mixtape. Just looking at the sleeve and reading the tracklist transports me back to this cassette causing difficulties for the speakers in a red Nissan Micra back in 94/95- it used to get played a lot for a while.

Bonus Beats Orchestra was Tom and Ed Dust/Chemical under another name. Depth Charge were ace, the 9 Deadly Venoms album was trip hop and big beat before either really got going, and chock full of samples from martial arts films and horror movies. I've posted Renegade Soundwave before and the Leftfield remix is particularly good. Strange Brew were a duo from Manchester, one half of whom, Jake Purdy, lived down our street when we were kids. We'd long lost touch by the mid 90s but used to knock around in a gang all the time in the mid 80s. Funny to have a little childhood, local connection with a free NME cassette. Helpfully someone has transferred their copy of the tape digitally and uploaded it to Youtube. The beats sound quite timelocked but as a whole this still sounds fairly fresh I think.

The Dust Brothers would become The Chemical Brothers not long afterwards. Their remix of La Tristessa Durera was done while still Dust and isn't subtle-  squealing noises from the start, various samples from Ed and Tom's pile of odds and ends, lots of sirens and James' vocal. La Tristessa Durera- the sadness endures forever- was written by Richie taking the point of view of a war veteran wheeled out once a year on Poppy Day as a 'cenotaph souvenir', poverty causing him to sell his medal. It is one of the best early Manics songs, showing behind the eyeliner, shock quotes and bluster there was some genuine talent.

I remember the Xmas Dust Up tape well. The fact that it's 25 years old is terrifying, quite frankly.

Never had this tape - no idea why, I was a regular NME buyer and fan of the Dust Brothers at the time - but four out of the seven songs have made it onto various compilations since so it's like I've unconsciously recreated it. Spooky... (Fluke magimix)