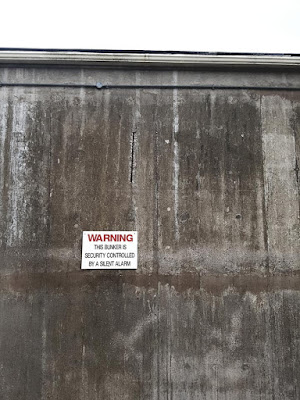 Gnod are an ever increasing and decreasing collective who started life based in Islington Mill in Salford and have been unleashing records on the world since 2007. They make long songs. Noisy, experimental, guitar-based songs with drones, long build ups and slow explosions, unsettling and psychedelic, vocals covered in reverb and static. In 2017 they made an album called Just Say No To The Psycho Right- Wing Capitalist Fascist Industrial Death Machine, an album dealing with 'the rampant dehumanisation and destruction of personhood under Western capitalism'. Previously, in 2013, they released Chaudelande and this seventeen minute space rock extravaganza is a wake up call to welcome you to Monday morning. There's a heatwave coming this week- Gnod are already burning.

The Vertical Dead
Posted by Swiss Adam at 08:00

Dear Lord how great is this? A prime contender for a Monday Long Song / Splendid Racket crossover if ever there was one. Right up my street. These guys have jumped to the top of the list of bands I need to investigate further.

Yep, splendid racket covered as well as long song. A lot of their stuff used to be on emusic but isn't there any more. I'm finding that more and more with emusic. Think everyone's migrating to Bandcamp where the artist rates are much better.

Gnod are great, if a little intense, "White Privileged Wank" was the title of a track on Infinity Machines which is certainly not easy listening. My favourite is the Gnod Drop Out With White Hills but there are probably better albums that I have missed as it is impossible to keep up with their output