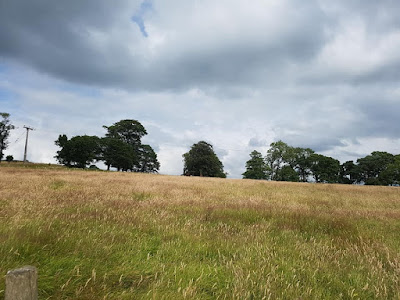 Vini Reilly's music as The Durutti Column is among the most special of all that makes up my record/CD/mp3 collection and there's always more to discover, both in albums I already own and in the parts of his vast back catalogue that I haven't uncovered yet. In January 1980 Factory released the first Durutti Column album- The Return Of The Durutti Column- a record made up of guitar parts Vini recorded, with bass and drums on some provided by Pete Crooks and Toby Toman, and then knocked into shape by Martin Hannett. Hannett played around with several new toys not least his AMS digital delay unit. The opening song on the record fades in with birdsong (in fact sounds created by Hannett using echo and delay) and as an intro to Durutti Column Sketch For Summer is all anyone needs- a beautiful, simple, almost mystical piece of music.

The first 2000 copies of The Return Of The Durutti Column came with a free 7" flexi- disc containing two tracks Hannett worked on, bending Vini's guitar and his own experimental noises into new shapes. The second track on the flexi single is this one, all drones and delay at the start, bent strings and flutter and ambient noise with Vini's guitar eventually coming out of the murk.

The Second Aspect of The Same Thing
Posted by Swiss Adam at 08:00