You Don't Really Need Me 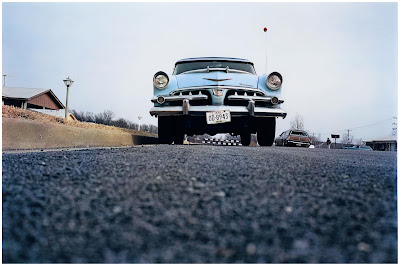 This is from a new e.p. by Dan Wainwright (a resident of these parts apparently) a slice of cosmic, Eastern tinged, progressive chug which, at some point in the fourth minute when the soft multi-tracked vocal comes in, reveals itself to be a cover of The Supremes classic Keep Me Hangin' On.

The e.p. then takes a turn into darker territory with a Hardway Bros remix, a moody, low slung groover, the appropriately titled Swamp Dub, which sounds just like a sweaty basement after hours. In a good way.

There's a third track too, The Endless Process Of Release, starting out with synths and coo'd breathy backing vox, some lovely sequenced bass and then a mid-tempo beat gently pushing things forward, various percussive sounds reverberating round the mix, more roof terrace in the sun than cellar rave, until it all starts to build for the last few minutes, twinkling arpeggios and rushing bleeps.

Good that is. Thanks SA

I really need this Adam. Thanks for introducing o one of the best EP's this year

This is all rather good.