December's Not For Everyone 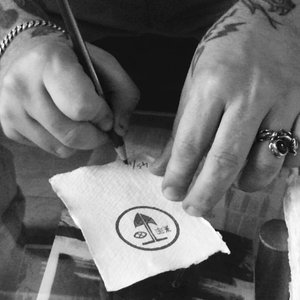 Andrew Weatherall was back at the controls at NTS a few days ago with two hours of his customary wide-ranging brilliance Music's Not For Everyone. It includes two new remixes (one less a remix, more complete destruction according to the man himself) and one from his new band with Nina Walsh, The Woodleigh Research Facility. You can listen to it here (Mixcloud won't embed again for some reason).

Another Weatherall project is here, with the rarest vinyl remix he's released yet. Lil Mo is a crowd funding project, an attempt to restore an Austin A60 Suntor camper van, the incentive being that for a £5 donation you get a Weatherall dub mp3. For a mere £250 donation a limited 7" version of that dub is yours, one of only five copies. Hurry though- one has been claimed already. If you're feeling really flush you could donate £500 and get for the 7" single numbered 001. Despite my completist nature with all things Weatherall my contribution has been just a fiver for the mp3.

Finally we've now received three of the five Moine Dubh singles from the subscription only singles club and they are shaping up to be a very nice set- strange, dusty folk music. Random copies have a little patch of cloth, hand printed, initialed and numbered- I haven't been lucky yet. Drew has (verdict... 'a bit pish'). When the first single missed it's release date, due to the newfound interest in vinyl pressing plants from the major record labels bumping little independents down the priority list, Moine Dubh sent subscribers an mp3 by The Woodleigh Research Facility. The album entitled The Phoenix Suburb (And Other Stories) is shaping up to be a cross between a bit of folk, a lot of strangeness and a bucket of dub and is due for release in January.
Posted by Swiss Adam at 08:00

I'll sort you out Drew.