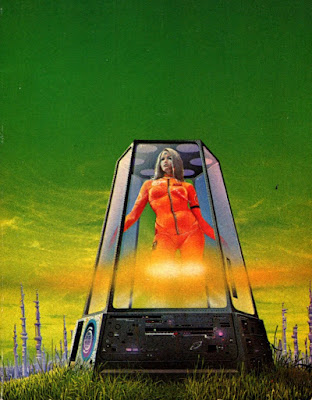 This was on the last episode of Andrew Weatherall's monthly radio show, a reworking of a 2008 song from Headman with A Certain Ratio's singer and bass player Jez Kerr on treated but distinctive vocals. Headman describes it as his usual post-punk sound updated with Italo-disco and synth-pop. The 2018 rework was posted on Twitter by Jez and said to be a Weatherall rework but I can't find any reference to that in the Music's Not For Everyone show or on Youtube where it is said to be a rework by Robi (Headman himself). Either way, Weatherall or Headman, this is a pumping bassline, horn-led, dance floor thumper, not too far from Jez's day job, early 80s mutant disco funk. Stick it on the next time you have guests round and see what happens. You can buy it at Bandcamp.

The entire reworked album is magnificent! The rework of Super sounds like something straight outta 1979 that should have been released on Ze Records! This album is going to be a new year obsession!