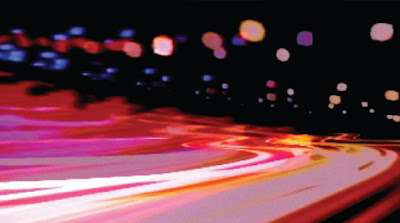 One of Primal Scream's finest post-Screamadelica moments is this one, Autobahn 66 (from 2002's Evil Heat album). Ignore the title, the song's a beauty, a shimmering krautrock groove, ticking and hissing drums and a cooler than fuck bassline, spacey synths and melodies beamed in from out there. Over this Bobby whispers his stream of consciousness- dreaming, always dreaming, dreaming my life til the day that I die, colours so beautiful, softer than silk. It's no surprise that the desk was being manned by Weatherall (with then fellow Swordsman Keith Tenniswood).  My virtual friend Chris Mackin laid down the bass part and then in his own words 'went out til 5 am celebrating'.

According to Discogs there was a promo release of Autobahn 66 that had a 7 minute 26 second instrumental version. If anyone's got it, I'm right here. The single version I bought contained the Radio Edit and an Alter Ego remix of Autobahn plus Substance D. This is a top notch single release, well worth whatever I paid for it 16 years ago. Alter Ego are a duo from Dramstadt in Germany and their remix is less cosmic, more mechanical, and yes, more Teutonic.

Substance D is Weatherall's remixed version of the album track A Scanner Darkly (also from Evil Heat and produced by himself and Tenniswood). Substance D is deliciously dirty mutant funk built around the same drum machine that powers Autobahn 66.

I should have hated 'Evil Heat', and if I'd never heard it and someone described it to me, I'd probably have avoided it like the plague. But for some reason I can't put my finger on, I loved it and still do. Autobahn 66 is definitely one of the highlights and, like you, one of my fave post-'Screamadelica' moments.

It has a few dodgy enough moments but on the whole it's a great album and Autobahn 66 is utterly brilliant. Great choice!!

Never could get to grips with Evil Heat either. Played only a couple of times and not in the last decade