Round The Old Jukebox In The Candy Store 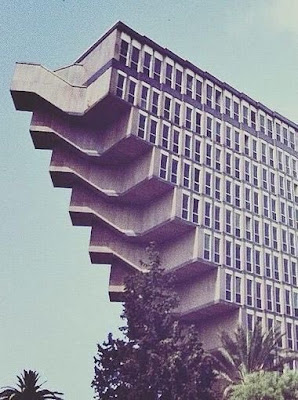 Brian pointed out the day before yesterday that when putting together an end of year list it is always the case that you'll miss or forget something. I agreed. The other situation is buying a record after posting the end of year list that then becomes a clear contender for said list (I spent some Christmas money in Piccadilly Records two days ago on just such an album, which I imagine I'll come back here to in a few days time). The record I forgot about was Moon Duo's 12" single from January, a pair of covers that I should have put in my list. The first was their version of Alan Vega's 1981 single Jukebox Babe, a two chord homage/motorik groove...

Vega's original is New York rockabilly at the turn of the 80s, brittle and wired...

The other side of the Moon Duo 12" was a slowed down cover of No Fun. Today is New Year's Eve and I shall be back later if I find the time get something else written for the end of 2018. See you tonight.
Posted by Swiss Adam at 08:00

Ah, I know this original well, but the cover is new to me. Inspired take. I too hope for a little time in the shops today or tomorrow.